Monica Levitan
Jan 31, 2019
The aftermath of Hurricane Maria on Puerto Rico affected everyone living on the island. Dr. José Caraballo-Cueto, an associate professor of economics at the University of Puerto Rico (UPR) at Cayey and director of the Census Information Center (CIC) at Puerto Rico, was no exception.

“[Hurricane] Maria changed everything. Not just my living conditions, but also the research that I was doing,” says Caraballo-Cueto, who began studying the economic impact of the hurricane and didn’t realize the effects his research would have on the island.

“I saw so much need in my neighborhood, in my town and the whole island that I started doing research about what was the economic impact of Hurricane Maria,” he says.

After he and his team at CIC at Puerto Rico, began publishing reports on labor economics, entrepreneurship, social inequality, poverty and the socioeconomic aftermath of Puerto Rico after Maria, Caraballo-Cueto caught the attention of many American and international news outlets and organizations such as the Civil Society, American Society of Hispanic Economists and the Human Rights Commission.

Caraballo-Cueto, 35, quickly emerged as one of the most “influential voices” in Puerto Rico post-hurricane, dispelling myths that have informed the implementation of severe austerity measures and providing viable and data-driven economic alternatives that can alleviate the crisis and encourage economic development for Puerto Rico, says Vionex M. Marti, associate director of the Instituto de Investigaciones Interdisciplinarias at the University of Puerto Rico at Cayey, who nominated Caraballo-Cueto for Diverse’s 2019 Emerging Scholars. 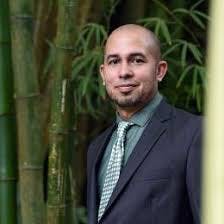 “While there are many competent scholars in Puerto Rico, José Caraballo-Cueto stands out among all of them because of his unique ability to combine quality scholarly research, curricular innovation, student mentoring, and outstanding commitment to public engagement and dissemination of data-driven alternatives for the improvement of public policy issues that are of critical importance at this time in Puerto Rico,” Marti adds.

Caraballo-Cueto says he enjoys taking an interdisciplinary approach in both his teaching and his research and says that’s why he has mentors from a variety of disciplines.

“I think that’s a way for me to learn and to be more effective as well when I can’t think broadly and not just very technically inside of my field,” Caraballo-Cueto adds. “I think students understand better in that way … Since I’m willing to collaborate with colleagues from other fields, I’m used to speaking in very broad terms, and the students, I think they understand me better in that way,” he says.

“So that’s why I’m so interested in inequality as a research topic, not just income inequality but racial inequality, gender inequality, because those egalitarian issues are very important and motivate me to work every day.”

In addition to teaching and working at CIC at Puerto Rico, Caraballo-Cueto holds several other leadership positions and is involved in his community. In 2017 he was elected president of the Puerto Rico Economist Association, the youngest president it’s ever had. He is also president of the small nonprofit organization No Poor Left Behind, which provides services to vulnerable populations in Haiti.

Reflecting on the accomplishments he’s made in his career so far, Caraballo-Cueto says it’s a “great privilege” to reach his goals of wanting to “have some influence in public policy in Puerto Rico.”

“But at the same time it’s a great responsibility because every time I say something on social media or in an interview, people are paying attention” to what he says, “… especially because I have students from other universities that are following me and listening,” he adds.