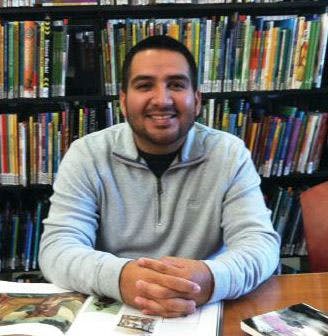 As a first-generation immigrant born in Mexico City, academic coaching is one of the keys to success for Juan Arias, a 24-year-old junior at Notre Dame de Namur University in Belmont, Calif. The community college transfer student was provided with his own personal coach during orientation who provided weekly visits or calls to guide Arias through his first semester.

“It’s really done a lot for me,” said Arias, who is majoring in sociology and plans to go to law school. “I don’t have anyone in my family who has obtained higher education in the U.S., let alone anywhere. My coach, Glen, really was able to guide me. He helped me navigate the educational system and coached me in how to do interviews, manage my time and use the school’s resources to my advantage, especially the writing center and other resources that I wouldn’t otherwise know about.”

While Arias boasts a 3.7 GPA, his biggest concern was finding financial resources to continue his education. “My coach, Glen, played a role in telling me not to give up and to have a plan A, B and C. He advocated for me and made sure that the school knew my situation. Just recently I was able to come up with the money to pay for school and register for classes.”

Notre Dame de Namur University (NDNU), a Hispanic-serving institution, is one of 50 colleges and institutions retained by InsideTrack, whose mission is to improve student engagement, persistence and success. InsideTrack has coached nearly 400,000 students at campuses across the country including Penn State University, University of Dayton, Florida State University, and Columbia University School of Continuing Education.

NDNU recently signed with InsideTrack to boost its retention and graduation rates for minority students. The partnership is funded by a Title V Department of Education grant with the goal of enhanced support services to ensure graduation with a particular emphasis on Hispanics and low-income students.

Academic coaching is becoming an integral formula for recruitment and retention, especially for minority and first-generation students who may need additional support to thrive in a collegiate setting.

According to a recent study funded by Stanford University, InsideTrack reportedly has improved retention and graduation rates by 10 to 15 percent and is more cost-effective than previously studied interventions. The study was conducted by Eric Bettinger, an associate professor at Stanford’s School of Education. It compared the academic records of more than 13,500 students, half of whom had received coaching, and half of whom hadn’t. He found that freshmen in the coached group were 15 percent more likely to still be in school 18 to 24 months later.

Providing services such as academic coaching is critical to meet the unique needs of the Latino students.

According to a recent study prepared by Excelencia in Education, only 21 percent of Latino adults have an associate degree or higher, compared to 57 percent of Asians, 44 percent of Whites, and 30 percent of African-Americans.

InsideTrack president and co-founder Kai Drekmeier said the company was founded with his partner Alan Tripp with the goal of helping students get the most out of their education and prepare for life afterward.

“Alan Tripp and I had worked together prior to InsideTrack and found that coaching could have a very positive effect on student behavior and motivation,” said Drekmeier, who formed the company in 2001. “We quickly learned that, for some students, coaching is the key factor that makes the difference between dropping out and graduating.”

“Coaching is especially important in the first year because students are adjusting to college and it is an opportunity to set in place a behavior pattern that will benefit them throughout college,” he said. “Research has shown that students who are successful with a full load of courses in the first year are more likely to succeed.”

In the Latino community, Drekmeier pointed out that first-generation students may be challenged with competing demands that make coaching all the more important.

“Often students will have responsibilities to care for elderly family members or younger children or expectations to be around family,” he said. “We see students going home often, instead of adjusting and really embracing their studies and missing some of the important social developmental college experiences.”

The InsideTrack approach is similar to executive coaching in that coaches work one-on-one with students on a regular basis to map out a plan for college success and provide guidance along the way.

“Through the experience of coaching so many students, we’ve continually refined and improved our approach, and we’ve developed significant expertise,” Drekmeier said. “We now know quite a bit about what is helpful for students and what is not.”

California State University Monterey Bay is among the universities using InsideTrack to support first-generation college students and others who could benefit. The incentive: successful recruitment and retention.

According to the Department of Education, only 58 percent of full-time freshmen enrolled at four-year institutions in 2004 managed to graduate by 2010, up one percentage point from the year before.

Coaching has played an integral role in improving the graduation rate at Monterey Bay, according to Provost and Vice President for Academic Affairs Kathy Cruz-Uribe.

“We’ve had a coaching program for five years. They work with a group of our freshmen on the phone about study skills, university life, connecting them with academic advisers and resources.”

“We’ve seen improved retention and we also learn things from the coaches about systemic changes that we can make to improve the experience for the students,” Cruz-Uribe said. “The coached students are retained at a higher rate than the general population. We have lot of first-generation college students—more than 50 percent—and more than half identify themselves as non-White with 34 percent Latino.”

Monterey Bay is only 17 years old with 5,400 students, with popular majors including marine science and biology. Located on a former military base, 50 percent of the students live on campus and many of the students work while attending college.

“If students are feeling overwhelmed by something, the coaches make sure they are aware of resources in the counseling center and other student support services,” Cruz-Uribe said. “One of the challenges we had was making students aware of available tutoring. Through coaching we learned that some students weren’t aware that tutoring was free. The key thing is making them aware of the resources … available on campus to help them succeed.”