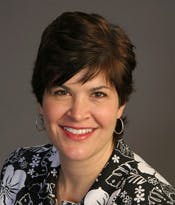 A new national study of young people suggests that the generation often regarded—and perhaps unfairly stereotyped—as being overly coddled and too often acting entitled is actually more practical than it is idealistic in attitudes about money and career preparation.

The recession and its lingering effects are heavily influencing the academic choices of the Millennial generation, according to leaders of the study of more than 5,600 people between ages 17 and 23 who are either college students or college-bound high school juniors and seniors.

A result of this mindset lies in the reasons given by study participants as to why they decided to apply for admission to a particular college. The top reason was that the institution offered the academic major the student planned to pursue, a response given by 55 percent of participants. Other popular reasons included affordable tuition, availability of scholarships or financial aid, likelihood of getting a job post-graduation and an academic “fit” for the student, with responses for those reasons varying from 51 to 41 percent.

Meanwhile, sports teams and Greek life don’t even crack the top 20 reasons for selecting a college, despite many universities aggressively showcasing such offerings, notes Deborah Maue, vice president of TRU, a Chicago-based, youth market research firm that commissioned the study.

“Young people may still be dreaming, but they’re thinking carefully about the risks involved with all of their decisions,” Maue says. Her firm has worked with global brands such as Nike and Google and organizations such as the White House Office of National Drug Control Policy in connecting with younger audiences.

Maue adds, “Economic uncertainties have become very apparent to young people because they have seen so many families struggling, sometimes their own.”

The shaky economy also has shaped what young people define as “success,” she says. Survey findings show that their top priority—91 percent of respondents chose this—was having an “enjoyable” job or career. Close behind were the ability to provide for their families, saving “a decent amount” of money, being debt-free and the ability to retire “comfortably.” These personal goals and values drew agreement from 85 percent or more of survey participants.

Furthermore, 49 percent listed “unemployment” as their most pressing social concern.

On the other hand, goals such as making “a lot” of money and having many friends were listed as signs of individual success by only 69 and 66 percent of all respondents, respectively. Even less important was “being famous” at 27 percent.

With college affordability such an important concern among minority participants, Maue says it wasn’t surprising to see that 33 percent of Blacks and 29 percent of Hispanics agreed that earning a degree from a community college—which typically charges substantially less tuition than four-year institutions—made “the most sense” for their individual career goals. Only 19 percent of Whites viewed community college in this manner.

The survey of Millennials, conducted from mid-April to mid-June, consisted of 70-plus questions on topics as wide-ranging as college search and decision-making, media consumption, lifestyles and social attitudes. Blacks made up about 16 percent of participants, Hispanics 14 percent.

Minorities, who were generally less likely than Whites to have college-educated parents experienced in the search process themselves, tended to seek input from multiple, trusted authority figures when shopping for a college, according to the TRU study. Survey findings showed that Hispanics, Blacks and Whites all considered their parents the “most influential” people in helping them choose a school. But Blacks and Hispanics were much more likely than Whites to get input from high school guidance counselors, teachers, coaches and college representatives.

Because so many first-generation college-goers rely on adults besides their parents, “universities ought to consider including high school coaches and teachers in their outreach,” Maue says. “Don’t send financial aid information to just the guidance counselors.”

But regardless of race, only one-third of the high school juniors and seniors in the study described themselves as feeling “prepared” for college. And only 11 percent of them described the process of obtaining financial aid as “very easy” to understand or “somewhat easy.”

This age group is scared about college,” Maue says. “They’re used to their parents scheduling their lives for them, so they’re frightened about becoming independent.”

Higher education institutions can help ease students’ transition “by overcommunicating,” she says. “Don’t just make information available on school websites and expect them to find it by themselves. If they need driving directions to campus, send them a map that has a big, red ‘X’ on it. Also, the net price calculator on school websites should be easy to find, and it should be clear what is and isn’t included in the institution’s net price.”

For more information about the TRU study or to obtain a copy, visit http://www.tru-insight.com/highered