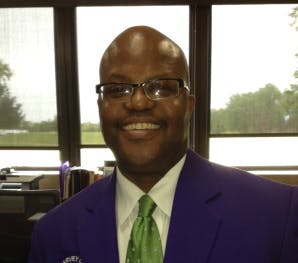 If there is one overarching theme that emerges from my first year as president of Olive-Harvey College (OHC), one of the City Colleges of Chicago, it is that culture matters.

Defined as the manifestation of behavior that is a result of traditions, customs, values, morals, ethics, principles, practices and informal communication, culture shapes how people respond to change. And in my previous role as executive vice president at Cuyahoga Community College in Cleveland, Ohio, I was told “culture eats strategy for lunch every day.” This truism has guided my approach throughout my first year as president of  Olive-Harvey College.

When I arrived on the far south side campus in July 2011, I was committed to learning Olive-Harvey’s culture, its challenges and opportunities for improvement. Most importantly, I was focused on getting to know students, faculty, staff and their families. I walked the halls, attended on- and off-campus events and met with area businesses and community organizations to learn what mattered most to people and how best to address their hopes, needs and concerns.

A critical learning experience that emerged from those early days was that first impressions matter. So, we invested in several capital improvement projects across the college. We created more appealing student spaces, classrooms and other areas, including a complete renovation and upgrade of science labs, a parking lot relocation/expansion project and painting projects at the main campus and South Chicago Learning Center campus.

After spending those first few months getting to know the college’s stakeholders, the City of Chicago launched College to Careers, an initiative to align college curricula with the needs of today’s in-demand industries. The initiative partners businesses directly with City Colleges’ faculty and staff to revamp courses, design new facilities, provide internships and give students interview opportunities in fast-growing fields.

Located near a number of Chicago-area industrial and intermodal transportation corridors, Olive-Harvey College is the hub for transportation, distribution and logistics (TDL) programs, while Malcolm X College — located in the Illinois Medical District — is the central campus for healthcare.

In addition to the successful launch of College to Careers, I am proud to report a number of other accomplishments that our community of students, faculty and staff has achieved:

I am proud to lead an outstanding campus focused on providing our students with academic credentials of economic value that prepare them for the career opportunities of today and tomorrow. I look forward to building on our successes in the year ahead.