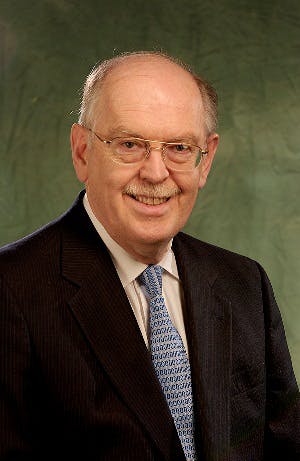 In order to avoid the congressional battle over financial aid programs, the Association of Public and Land-grant Universities (APLU) developed a “student risk index” that re-evaluates the federal approach toward student aid. The APLU sparked discussion on policy recommendations in an essay released on Wednesday.

Finding that there is a crucial need to both redesign eligibility criteria and offer incentives that promote student achievement has been the core behind APLU’s recommendations. Collectively, policy suggestions have revolved around the idea of a “student risk index,” which considers the hazardous effects that students experience upon entrance into their selected institution.

APLU President Peter McPherson explained, “For the near future, it will be a struggle to get commensurate increases in federal investment in student aid programs.”

McPherson claimed, “Tight budgets will provoke program changes, and either the academic community can help design them or await the verdicts of congressional budget fights.”

In redesigning the program, APLU investigated the impact of admission selectivity, noting the practice as a “double-edge sword.” For many institutions, especially among private, elite institutions, the practice of stringent selectivity has contributed greatly to its success. Upon more selectivity, institutions are able to tout themselves as competitive, encouraging students to work more diligently in order to be considered for admission. However, APLU identified this practice as threatening to student enrollment and, thus, completion.

Since enrollment numbers have represented a large population of first-generation college students who often endure limited finances, selectivity for that cohort of students can be misrepresented. According to the essay, emphasis on the admissions process should reflect the eligibility of students, which is relative to the particular challenges that students encountered.

APLU recommended that policies should be instituted to reward schools that both recognize talent and are able to develop talent.

“The emphasis must be on taking an eligible student, with whatever challenges that student may have had in the past, setting a well chosen and appropriate educational course, and tracking progress to ensure the student advances along that course with every federal aid dollar spent,” President McPherson noted in the essay.

However, reconfiguring selectivity alone will not alter the federal approach toward student aid. Flaws such as the Cohort Default Rate (CDR), which is the percentage of the number of students who borrow federal loans and repay them within a fiscal year, are marked as being too lenient. CDR is typically used as a test to determine a school’s eligibility. Specifically, if the default rate trumps more than 40 percent in one fiscal period or is more than 30 percent for three consecutive years, a school loses eligibility. APLU found that many institutions have, in fact, found loopholes around the eligibility test.

“Some institutions have purposefully guided students into forbearance or deferment to lower their reported CPR and with some defaults going uncounted forever for eligibility purposes,” said Michael Tanner, APLU chief academic officer and vice president and project leader.

Defense around the flawed CPR system would be to secure a student achievement measure that will more accurately capture a school’s success rates and, thus, eligibility requirements. The “student risk index” would be positioned to account for the legion of students that perform “well-above-average.”

In measuring a student’s performance, schools would also have to take into account other risk factors such as income and the varying needs of first-generation students. Cooperatively, this would create an accurate assessment of the amount of federal aid that each school needs. If implemented successfully, federal aid could be allocated fairly among students so that completion becomes more tangible for all students.

Tanner claimed, “Too many aid recipients currently do not complete a meaningful degree or certificate that improves their lives and career prospects. This is bad for the nation and devastating for the individual.”

The idea of a redesigned success measurement has been titled as “Satisfactory Academic Progress (SAP).” Redefining institutional eligibility and providing incentives for institutions to accommodate student needs all fall under the larger umbrella of SAP.  With SAP, the process of federal aid for institutions would not have to rely on faulty and perhaps misleading practices such as CDR and selectivity practices.

The perpetual struggle for federal investment is one that was not only on the agenda for APLU, but has had a strong support from the Bill and Melinda Gates Foundation. In September, the Gates foundation spearheaded a student aid project entitled Reimagining Aid Design and Delivery (RADD).

The RADD project invested a total of $3.6 million in grants to 16 organizations associated with higher education policy with APLU listed as a primary participant. As part of the RADD project, APLU, along with several other foundations, is required to offer original perspectives on how to manage financial aid from a federal standpoint.

The discussions raised in APLU’s essay will be used to garner further innovation among other higher education associations.