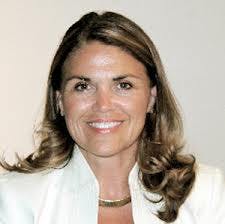 “If you’re going to be inclusive of all students on campus, you cannot do so by commodifying someone’s name or heritage,” says Karen Biestman, director of Stanford University’s Native American Cultural Center.

BERKELEY, Calif. — Although many pop culture representations still marginalize American Indians nowadays, the tide is steadily shifting among higher education institutions — and for the better, says a longtime educator and expert in indigenous topics.

Karen Biestman, associate dean and director of Stanford University’s Native American Cultural Center, applauds the growing tendency of colleges to do away with Indian mascots, for example.

“If you’re going to be inclusive of all students on campus, you cannot do so by commodifying someone’s name or heritage,” says Biestman, who has held teaching and administrative roles involving American Indians at Stanford and the University of California, Berkeley for 30 years, combined. “A chant or the use of someone’s name doesn’t honor that person or that group of people. It’s not an honor; it’s commodifying.”

She notes that academia has been more responsive than professional sports franchises to the demands by indigenous people for more sensitivity in their choices of team names and mascots. Ongoing controversies, such as the Washington Redskins’ moniker, typically involve legally approved trademarks, too, she says, “which is another reason why trends have been different in higher education.”

Biestman’s remarks occurred during the weeklong Executive Leadership Academy, sponsored by the Center for Studies in Higher Education at UC-Berkeley in partnership with the American Association of Hispanics in Higher Education. The annual event is intended to help academicians prepare to become university presidents, vice presidents and deans. This year’s event included more than 30 participants from throughout this country and South Africa who are currently faculty and administrators at a variety of institutions.

Unlike other programs around the country offering such training and mentoring, the academy was designed around a multicultural and multinational faculty, as well as a multicultural curriculum, says Josefina Baltodano, the academy’s founder and executive director.

Biestman, who’s Cherokee, explained how some schools have successfully navigated through questions over the appropriateness of their mascots. Florida State University, for instance, still uses “Seminoles” for its sports teams, after holding discussions with leaders of the Seminole tribe, who indicated that the mere use of the name didn’t offend them. Such an example reiterates the importance of, and raises questions over “who can, and when to appropriate images,” Biestman says, adding, “If you get the support of the tribe, that can make all the difference.”

Although American Indian students convinced Stanford’s administration to dump its Indian mascot in the 1970s, Biestman says that every fall, leading up to the much-hyped “Big Game” with archrival UC-Berkeley, a handful of non-native students and alumni invariably show up to the festivities sporting Indian headdresses or driving cars bearing vanity license plates of the old Stanford Indian. “Because there’s a prevalent absence of Native Americans in pop culture,” she says, “there are limited ways that native students can be perceived.”

Among other ethnic-focused amenities, the university offers a Native American residential theme house, full-time undergraduate outreach and recruitment staff and a full-time, graduate recruiter and retention recruiter who works out of the Native American Cultural Center, Biestman says.

She credits such outreach and co-curricular activities to producing a 92 percent graduation rate of native students at Stanford. Stanford typically enrolls about 350 annually among undergraduates and graduates combined.

Leadership academy participants also tackled hands-on exercises that they will most likely face as upper-level administrators. For instance, they were divided into groups and assigned to devise an assessment case study of some aspect of a fictional college campus — within 15 minutes — and explain it to the other groups. One group discussed institutional core values, specifically a case study assessing the critical thinking skills of students and what they need to be able to do in order to land jobs after graduation. Another group chose to do a case study on a men’s basketball team, which startled not only members of some of the other groups, but also facilitator Dr. Juan Gonzalez, a clinical professor and deputy chairman of educational administration at the University of Texas at Austin, who noted, “This is a good reminder that the athletes are, first and foremost, student-athletes.”

Spelman College Provost and Vice President for Academic Affairs Dr. Johnnella Butler told academy participants that there are many routes toward making multicultural competencies and institutional change a reality. Shortly after her 2005 arrival to the women’s college, she and other administrators began revising the curriculum, a task that required them to scrutinize the cultural complexities on campus.

“We knew nearly every student was Black,” Butler recalled, “but what we didn’t realize was that we had not only African-Americans, but many Afro-Puerto Ricans, Afro-Caribbeans and Africans. So that made us reexamine our mission because we had been focused on uplifting African-American women, rather than women of African descent.”