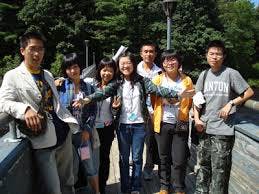 Debra W. Stewart, president at CGS, noted that China remains the largest country of origin for international graduate students in the United States and that roughly one-third of all international students are from China.

Those shifts are among the various changes in the portions of applications being sent to U.S. graduate schools from students around the world, according to a new report being released today from the Council of Graduate Schools.

The report also shows that applications from prospective international students only increased 1 percent in 2013, the smallest increase in the past eight years and significantly lower than the 9- and 11-percent increases that took place in 2012 and 2011, respectively.

The biggest factor in the overall decline in the number of grad school applications from abroad was driven mostly by a decline in applications from China, according to the report, which is Phase I of the 2013 CGS International Graduate Admissions Survey. Phases II and III will deal with admissions and enrollment, respectively.

“In 2013, applications from China declined by five percent, a stark contrast to the double-digit increases between 2010 and 2012,” the report states.

Meanwhile, applications from students in India and Brazil grew by 20 and 24 percent, respectively.

While experts in international education cited a number of factors behind the shifts and overall decrease in the number of grad school applications from foreign students, they were also cautious about drawing any conclusions as it relates to trends.

“While it is possible that this lower number of applications received might signal the very early stage of an eventual downturn, we cannot really predict the enrollment trends or numbers based on the declining number of applications at this point,” said Peggy Blumenthal, Senior Counselor to the President at the Institute of International Education.

“Even at the graduate level, steeply declining numbers of applications may not translate into a steep decline in the number who are admitted or who actually enroll,” Blumenthal said. “It is possible that the same number of Chinese students are applying, but to fewer institutions, either due to rising application costs or because they are being more selective.”

“If this spring they received only three times as many applications from China as they can accept, instead of four times as many, next fall their enrollments of students (from China) will not necessarily decline,” she said.

Debra W. Stewart, president at CGS, noted that China remains the largest country of origin for international graduate students in the United States and that roughly one-third of all international students are from China.

Asked what was behind this year’s drop in the number of grad school applications from China, Stewart said: “I do wish I could answer that with kind of a simple answer.”

“One never knows what macro trends actually drive these numbers,” Stewart said. “But it’s not reasonable to assume that it’s all transformation going on within China.”

“It is true that China is developing its own graduate programs in China, and many universities in the U.S. have set up operations in China, so you can go to Duke or Illinois in China in some fields,” Stewart said. “But none of those developments would be powerful enough to explain this radical drop.”

“What we’re interested in is what this suggests in terms of trends,” Stewart said. “The problem with the India numbers is we don’t have a trend.”

Blumenthal attributed the increase in the percentage of applications from Brazil to greater higher education cooperation between the U.S. and Brazil, specifically what she described as the “great success” of the Brazil Scientific Mobility Program. The program provides scholarships to undergraduate students from Brazil for one year of study at colleges and universities in the United States. The scholarships are primarily for students in Science, Technology, Engineering and Mathematics (STEM) fields.

This initiative is part of the Brazilian government’s larger effort to grant 100,000 scholarships for students from Brazil to study at universities throughout the world.

“Many students from Brazil are coming to the United States with scholarships from the Government of Brazil,” Blumenthal said. “But we also expect to see a ripple effect of growing interest in U.S. higher education based on the increased number of students who have come here through the government-sponsored program and are beginning to return to their home campuses in Brazil.

“At a time when Brazil’s economy is expanding rapidly, and Brazil and the United States are forging unprecedented ties in trade, energy and scientific development, we look to higher education as another area where our two countries should seek much stronger cooperation,” Blumenthal said.