Experts Say Internships Getting Tougher to Work Out 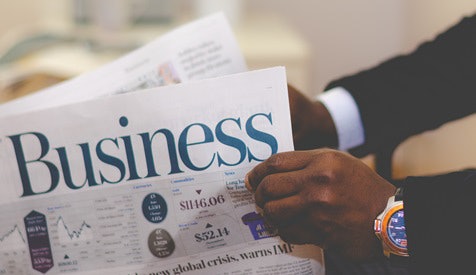 College internships, once considered an extra asset in a student’s bid for workplace experience and college funds, have today become almost as important as classroom work in helping students successfully “test drive” the world of work and distinguish themselves as the best full-time job prospect.

“Unless you graduate with signi­ficant work experience already under your belt, you are not going to be happy with the job market,” says California business executive Matt Stewart, co-founder of College Works Painting.

He credits his odd jobs throughout high school and his college internship work for his success as an entrepreneur.

“If college students can develop leadership skills and real-world business experience, it opens up enormous opportunities for them,” says Stewart, whose enterprise now provides paid internships for nearly a thousand college students each summer.

Stewart’s praise of college internships echoes that of recruiters and college career officers across the country.

While touting the value of college internships, they are also expressing concern and worry that internships may be in trouble for a variety of reasons, not all of which are fully understood.

Hiring for full-time jobs is steadily rebounding from the nation’s economic decline that hit in 2008, according to leading government and private employment surveys.

Internship hiring, which has historically tracked the ups and downs of full-time employment patterns, appears in trouble, however. It is down for the second year in a row, according to a forthcoming internship employment forecast from the National Association of Colleges and Employers (NACE), a career officers and employers group.

“There is no single reason for it going down,” says Kenneth Tsang, research associate at NACE. “It’s a perfect storm.”

In its recent surveys of employers on the job outlook for college interns, many employers say they had reduced internships, some citing organizational and budget reasons. Recruiting and hiring college students for paid internships costs money when done well, Tsang and others note.

Behind the widely reported economic and organizational reasons offered by employers for not hiring as they used to is a longer list of less talked about yet equally troubling trends. They mask other key factors that ­figure into today’s troubling college internship picture.

Student interest in working is a problem among millennials, say college career center directors and intern employers such as Stewart. Community college students may be an exception, some insist, since most “balance” work and school and may better recognize the importance of both.

“They [many of today’s college students] don’t have a work ethic,” says Melony Washington, coordinator of student affairs and employer relations at the Florida A&M University (FAMU) Career Center, echoing the sentiments of some peer professionals around the country. “It’s widespread; a global epidemic a lot of universities are facing.”

Audrey Magnuson, director of the Career Center at the University of Texas at San Antonio, notes the same mood among some students working college internships.

In addition to working to sync student class and recruiter schedules, Magnuson says it is not uncommon to feel compelled to remind students that internships are real jobs with real expectations by students and employers.

“They don’t treat this like a real job,” Magnuson says of some students who dropped out of internships or were terminated early. “You have to show up for work. It’s a reality check for students.”

At Penn State University, Joseph Selden, a veteran career counselor and assistant dean for multicultural a­ffairs, illuminates the points made by his peers in other parts of the country.

“It’s almost like an apathy,” Selden says of many of today’s college students. “You have to think in a new way to really connect with millennials,” he says, noting that today’s generation is internet-driven and that even that life has its own culture.

An institution can’t rely any longer on connecting with a student through the university email, Selden says. “You have to go to Gmail first.”

No one size fits all

There are no one-size-fits-all answers for addressing what Tsang characterizes as a “conundrum” for the world of internships.

Also, today’s students are a “mixed bag,” as Selden calls it, explaining that now student bodies are made up of full- and part-time students with an age and time mix that runs the gamut.

Employers, students and institutions are trying to adjust to that fact in a millennium era Tsang characterizes as a “transition” time for college internships.

On the employment front, Tsang sees the slowdown in college intern hiring continuing for sometime. More college graduates are being hired for full-time jobs, he says. Companies are overhauling hiring practices they may have used in the past, including internships. Also, there is some speculation that more employers are being urged to fill their openings from the growing ranks of the college-educated underemployed.

Many employers who do have paid internships are making sure they are accessible to and considering as diverse a pool of candidates as possible.

Cambia doesn’t use digital-age applicant tracking systems as many employers do today, Schwartz says. It does use a “screening question” that allows applicants to describe their previous work experiences. That allows applicants to focus on “transferrable skills,” Schwartz says, rather than specific jobs that an initial résumé look might lead a recruiter or employer to conclude that the applicant would not be a good fit.

Some employers, such as Charlotte, North Carolina-based American City Business Journals, with more than 20 publications in major markets across the country, are starting new internship programs aimed at sustaining the diversity e­fforts in journalism that have stumbled of late. Its program is one of several in the news business aimed at addressing a still-common song sung by many employers—that they cannot find any “qualified” minorities.

On the institution front, career centers and counselors are trying to address the needs of recruiters and students.

In Texas, the San Antonio College and Universities Career Centers Association (SACUCCA) is the umbrella organization of the city’s 14 institutions of higher learning—small and large, public and private, two year and four year. Their collaboration helps the institutions collectively achieve more than any of them could on their own, says Magnuson. It also saves recruiters time and money.

“Employers love the university mix,” says Magnuson. “The beauty is being able to see all these students at one time.”

While institutions do schedule many career events on their own, students attending any one of the member schools can access career fairs and events at any member institution, Magnuson explains, even the huge career fairs organized by UTSA that have been known to draw scores of recruiters.

Such collaboration is a real asset for small members of SACUCCA such as St. Philip’s College, a two-year minority-serving intuition whose 11,000-plus student enrollment is more than 50 percent part time.

Other institutions elsewhere are also coming up with new ideas they hope will renew student enthusiasm for internships, despite the landscape. FAMU, for example, which is expanding on its career center, has launched the President’s Passport Program, thus far providing more than 550 free passports to students planning to study abroad, intern abroad or participate in international immersion programs.

Regardless of conflicting signals emerging from the convergence of developments on the college internship landscape, getting one, as Stewart and others say, is a real plus for a student.

At least that’s what Howard University junior Miesha Miller tells classmates whenever she gets a chance.

Miller, 21, who is set for a paid internship in New York City this summer with Thompson Reuters, the international news service, says the work before the job—revising her résumé and cover letter over and over, asking for reference letters, studying the history of her prospective employer, then hoping to ace the interview—was all worth it, in retrospect.

“Being able to experience di­fferent opportunities and explore that field will give you a better understanding and better chance,” says Miller, a self-supporting student headed for her 15th internship since high school. “I want to be a reporter.”