Free community college is coming to San Diego. This fall, the first cohort of 201 students will participate in the San Diego Promise pilot program.

“We want to make sure no individual is denied an opportunity to go to community college,” said Dr. Lynn Neault, vice chancellor of student services at the San Diego Community College District (SDCCD) 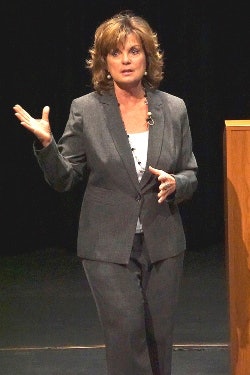 Tuition and fees at the California Community College system cost $1,104 annually for in-state students, which is among the lowest in the nation. Yet many SDCCD students face substantial financial challenges as they work towards a degree, school officials said.

In addition to experiencing a high rate of poverty and food insecurity, a number of the students who attend SDCCD are homeless. District officials said that they do not record how many students are homeless, but the problem is so prevalent that colleges within the district maintain food pantries to assist students.

“The problem of homelessness is not unique to our district necessarily,” said Jack Beresford, SDCCD director of communications and public relations. A California State University study, published in January 2016, found that one in 10 of CSU’s approximately 460,000 students are homeless.

Currently, the San Diego Promise program is small enough to be funded from the endowment, but the district plans to initiate a fundraising campaign in the fall to expand the program. The program is currently in its pilot year, and school officials said that they hope to be able to offer it to more students across the district.

San Diego Promise is modeled after more than one hundred other state and city-wide national free community college initiatives. Like other such initiatives, San Diego Promise is a last dollar program, meaning that it is intended to make up the difference in the cost of attendance not already covered by grants and scholarships.

In addition to covering fees and tuition, the program will also help students pay for books. Due to SDCCD’s low cost of attendance, books can cost as much, if not more, than a class, Neault said.

“An overarching goal of the promise program is completion, that students earn degrees or certificates, or move on to a four-year institution,” Neault said.

To achieve that goal, the district will be providing a more intensive level of counseling and follow up for promise program participants. A counselor has been assigned to each of the district’s three colleges, who will have a caseload of fifty to one hundred students.

As is the case at other community college promise programs, students must maintain a specific GPA in order to be eligible for the program. In many promise programs, including Tennessee Promise, the first established state-wide promise program, the standard minimum GPA is 2.5. Designers of the San Diego Promise program set the GPA at 2.0, to reach a larger group of students.

“If a student in high school is helping support their family, struggling financially, or is coming from an underserved community, getting a 2.0 can be quite a herculean effort for them,” Neault said. “So we wanted to make sure that we cast the net a little broader.”