The University of North Carolina at Chapel Hill announced sweeping changes to its alcohol policy, effective this fall. UNC Chapel Hill is shifting its stance from one rooted in enforcement and disciplinary action to a policy that is more oriented toward public health.

After assembling a 26-person team to study the issue of underage and high-risk drinking on campus, UNC Chapel Hill rolled out its new policy this summer. 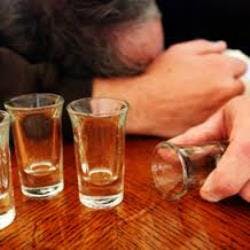 “We felt we needed to undertake a comprehensive public health approach to the problem, which looks at everything from education, prevention ― all the way through to treatment and recovery,” said Jonathan Sauls, dean of students for student affairs at UNC Chapel Hill. “It includes enforcement, but it doesn’t predicate itself on enforcement.”

UNC’s prior policy had not been updated significantly since the mid-1990s, when the context and understanding of alcohol-related issues was very different than it is today, Sauls said. “By and large, certainly with exceptions, students are drinking to get drunk,” he said. “It’s not merely the social lubricant that it once was.”

As one result, the college has seen more incidents of alcohol-related transports, which in part is inspiring Chapel Hill’s public health-centered approach to the problem.

“It will take a while, I think, to evaluate the relative success of all the things we’re going to be doing. We liken this to turning a cargo ship in a harbor — it’s a slow process,” Sauls said. “You didn’t build this culture overnight and you won’t dismantle it over night.”

Alcohol consumption has been a part of college life since their origins. The country’s oldest institution of higher education, Harvard University, served beer in campus dining halls until 1934, for instance. High-risk drinking and underage drinking, however, can pose significant challenges to the smooth running of social and academic life. So while drinking may always be a ubiquitous part of the college experience for many students, for administrators, the goal is to mitigate or lessen the negative consequences that can follow in its wake.

According to a National Institute on Alcohol Abuse and Alcoholism study, approximately 60 percent of college students aged 18 to 22 drank at least once in the past month, and 2 out of 3 of that 60 percent reported binge drinking. Along with the possible negative consequences of drinking on academic performance, 696,000 students report being assaulted by an intoxicated student and another 97,000 students reported being sexually assaulted in an alcohol-influenced situation.

The consumption of alcohol and attendant social issues on campus are a challenge that all colleges and universities face to varying degrees, said Dr. Ken C. Winters, a professor at the University of Minnesota and former director of the Center for Adolescent Substance Abuse Research.

“If a campus or a system can change the normative perception about drinking habits, that can work in favor of reducing the problem and improving public health. If the system has a lot of young people that think binge drinking is normal and is to be expected, then that tends to increase the probability that you’ve got more binge drinking,” Winters said. “If a system can alter and realign that perception that it’s not all that common, and it is in fact problematic, then that can help to decrease the problem.”

Some institutions have more inherent challenges to combat, however, he said. In particular, colleges in small towns where there might be fewer activities external to the university may encourage more social drinking. In that case, alcohol vendors, be they bars or liquor stores, have competing motivations between maximizing profits and also not inadvertently facilitating a culture of students drinking to an unhealthy excess.

Yet the approach to the problem cannot be limited merely to working with local vendors. Changing campus norms toward alcohol consumption takes concerted effort on multiple fronts, Winters said.

“Some of it is environment, some of it is law enforcement, some of it is administration and some of it are clinical features,” he said. “If all those things line up, with relative rigor and most of it being in the right direction, a campus could do a pretty good job of minimizing issues. But you can imagine if you just have one important domain and not do a very good job, all of the other efforts might be wasted or at least have less impact.”