WASHINGTON — A new paper seeks to contravene the “conventional wisdom” that states subsidies for public universities favor wealthy students, but one leading labor economist says it’s not a big deal if they don’t because poor students need more.

The paper — released last week through Brookings Institution, a think tank — deals with “indirect subsidies,” that is, money that colleges get from the state to cover the cost of education and which is then passed on to students in the form of tuition discounts. 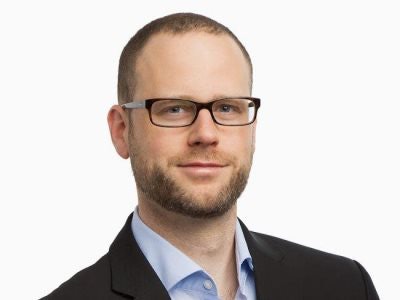 Jason Delisle said the paper is not meant to lead anyone to believe that things are unfair and need to change.

In the final analysis, the paper found that — at least when it comes to students at public four-year universities — indirect subsidies “do not disproportionately benefit high-income students.”

The paper found that at the nation’s most selective universities, the average indirect subsidy is nearly 25 percent larger — or $2,286 more — for a low-income student than for a high-income student.

Although the paper seems to suggest that low-income students are getting more because they are paying less, Jason Delisle, a former senior analyst on the Republican staff of the U.S. Senate Budget Committee, said the paper is not meant to lead anyone to believe that things are unfair and need to change.

“We aren’t making any normative judgments in the paper about what the right or fair amount of subsidy is for each group of students,” Delisle said in an e-mail to Diverse. “We were narrowly focused on the claim (conventional wisdom) that the benefits are regressive or disproportionately go to high-income students.”

The paper also takes issue with those who criticize institutions of higher education for using merit aid to attract more high-income students.

“Many claim that (merit aid) is another way in which taxpayers subsidies at public universities favor the affluent,” the paper states. “Because our analysis treats all aid offered by the school as part of the indirect subsidy that students receive, it includes merit aid.

It also says that since out-of-state students, who pay higher rates of tuition, ultimately “help make the distribution of indirect subsidies slightly progressive,” and that “to the extent merit aid entices high-income students to attend out-of- state, merit aid might actually be a progressive rather than regressive policy on the whole.”

The paper is not without its critics. Among them is Anthony Carnevale, director of the Georgetown Center on Education and the Workforce, who suggested the paper — although technically “not wrong” and although it may not be intended this way — feeds into a growing narrative that it’s “good to be poor and hard to be White” in the United States.

“To the extent that it contributes to that narrative — and I’m not ascribing that to these people — it needs a response,” Carnevale said.

Carnevale said the paper represents “an interesting finding that helps articulate at an accounting level — focusing somewhat narrowly — on the state appropriations and how they’re used once they hit institutions.”

“They’re saying a moderating factor is there’s a tendency for the resources to go more toward less advantaged,” Carnevale said.

“What they’ve proven is there is aid for low-income students in the American system,” he said. “It doesn’t nearly compensate for the inequality in educational supports, and for access to quality education, even among equally qualified students.”