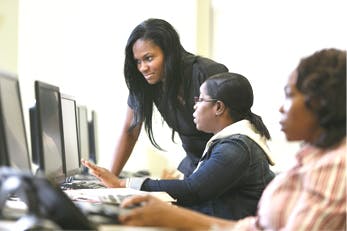 In WalletHub’s analysis, New York City’s Helene Fuld College of Nursing was the best community college overall, when looking at all metrics of cost and educational and career outcomes in combination. In second place was Ilisagvik College, a tribal college serving nearly 200 students, located in the Arctic Circle, in Barrow, Alaska. Pamlico Community College, in Grantsboro, North Carolina.

As for the education outcomes, the Los Angeles, California-based Fashion Institute of Design and Merchandising was judged to be the best, followed by Wisconsin Indianhead Technical College, and Ranken Technical College in Missouri.