Diverse Conversations: Why Curriculum Diversity is a Good Plan

The university landscape can take a cue from Hamilton College in New York. In July the school moved to incorporate diversity learning into all subjects – from world history to chemistry. The move follows a year of unrest from students who, like other college students across the country, are increasingly demanding better representation of diverse issues on campuses. 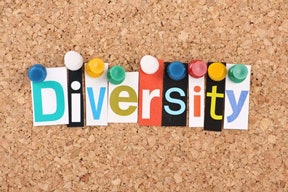 Supporters of the new requirements say they encourage students to see outside their known norms and look at their chosen field from a different angle. Critics of the plan say it is just a way to sneak leftist rhetoric onto college campuses and will impede the actual skill learning required for certain degrees.

College learning is more than skills

Through my years as a college administrator and professor I am certain of this: College isn’t just about obtaining skills. The landscape students enter in their chosen fields should be something that is talked about in their classrooms, from a historical and modern perspective. STEM fields, for example, are underrepresented by women and minorities. Many colleges are making strides to change this by more aggressive recruiting programs but that’s really just the first step.

By nature, colleges are more diverse and progressive than the rest of the world (and even they need some work). The women and minorities in STEM majors should be told that there aren’t as many as there should be in their fields. They should know what they are up against out there in the real world and they should hear about the successful people from similar backgrounds who have made it in STEM industries.

There may not be room in those classes for a philosophical discussion about diversity, but there is certainly room for a brief overview of the demographics in the fields. Mathematicians and engineers often understand things better when just the facts and numbers are shared anyway. No one is asking the professors at Hamilton College or any others to sit the students in a campfire-style circle and sing Kumbaya (though in some majors of study, that exercise may be a good jumping off point for a discussion on the origins of the song). There are natural, non-contrived ways that diversity is possible in every major and students deserve that learning path.

I’ve read a few rebuttals that speak out against the proposal and it seems to me that professors are more against the work it will take to incorporate the new rule than anything else. It’s more work, and most university instructors and staff are already overworked. Some cite the “leftist” mindset of the rule as a reason to hate it, but that just screams of ignorance to me. No one is asking professors to hand out propaganda in class or lie about the historic or current state of their fields. All that’s being asked is to incorporate a little bit more truth in what is discussed to give students a well-rounded look at what their particular place in their field means at that particular moment in time.

To me, this is what colleges should strive to do anyway as a way to prepare students for their job fields that wait beyond the graduation stage. The argument that students will learn about the facts of their fields through experience is flawed. Yes, they will learn more through experience than reading a text book or turning in an essay. But that doesn’t mean colleges and universities should turn a blind eye when there’s a chance to better prepare students for the world that waits after higher education. Instead of simply graduating scholars, programs like the one at Hamilton College allow for critical thinkers that will look at the landscape of their chosen professions with aware stares. These students will know to recognize inequality when they spot it and will have a better shot at standing up to it, armed with knowledge. This is true for under-served populations and mainstream advantaged students. They will have a sharper lens that views their current career as more than a way to earn a living, but also an opportunity to incite positive change. That’s what’s really at the core of the diversity curricula mandate at Hamilton College and more colleges should follow that lead.