Organizations Launch Campaign to Bring Facts to Light about MSIs

A year-long campaign aimed at debunking myths about minority serving institutions was rolled out this week, with the goal of providing factual awareness about the return on investment (ROI) when it comes to these colleges and universities. 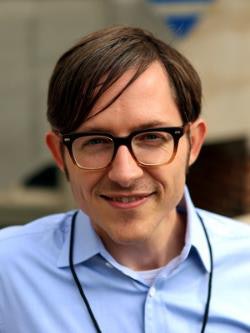 Casey Boland, one of the campaign’s data specialists, says the data may illustrate “all the great opportunities that MSIs really offer to students.”

According to Dr. Marybeth Gasman, director of the Center for Minority Serving Institutions (CMSI) at the University of Pennsylvania, the data points have been “curated and contextualized” by CMSI researchers as well as organizational partners in order to train a spotlight on the significant, yet largely unknown contributions of MSIs in the field of higher education

“Understanding the complex and unique return on investment for MSIs is essential as these institutions serve the new majority in higher education,” says Gasman, who is also a professor of higher education at UPenn. “There is much that we can all learn from their impact and approaches to student learning and community.”

The campaign is a direct result of the national MSI Return on Investment Convening that took place last year that was co-hosted by CMSI and the Educational Testing Service. That event brought together leading scholars and researchers committed to studying the issue of return on investment at minority serving institutions. A report titled Investing in Student Success: The Return on Investment of Minority Serving Institutions was released after the convening.

CMSI officials say that social media images will be the primary method by which CMSI and its partners will distribute the data points and that a larger document that highlights all of the data points will be released at the end of the campaign.

“Collecting all of the data for the campaign was a rigorous and collaborative process,” says Casey Boland, a research associate at CMSI and one of the campaign’s data specialists. “But that made it all the more important. Spreading evidence-based data is one of the best ways to change people’s minds about all the great opportunities that MSIs really offer to students, especially those who need it most.”