The North Carolina Court of Appeals has rejected a wrongful termination suit by the former executive assistant to the dean of the School of Agricultural and Environmental Sciences at North Carolina A&T University.

The three-judge panel unanimously ruled that the university had justification to fire Marilyn Brewington for “unacceptable personal conduct,” including deliberately obstructing the school’s incoming dean and signing his signature without authorization. 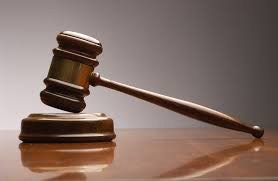 There were “a number of incidents that reflected her hostility” after the school named its first White dean in more than a century in 2011, the court said.

She had worked for the university for 37 years.

According to the decision, Brewington had been executive assistant to the school’s African-American interim dean, who was passed over for the permanent appointment. She openly prayed with other employees that the new appointee wouldn’t take the position, said “she would not do (anything)” for him and told a graduate student that “a White man couldn’t run the school and you couldn’t trust White people,” the decision said. She also called him a “White devil.”

She signed an EEO form authorizing the school to hire a new employee without the new dean’s permission, never provided him with a requested personnel list, failed to inform him of the importance of the school’s homecoming activities, and “worked to prevent him from organizing a successful event” — the homecoming — the court said.

It also said she failed to provide requested to an associate dean about the budget for adjuncts and took sick leave without prior authorization.

Brewington’s internal grievance was unsuccessful, and a lower court judge tossed out her lawsuit.

In an opinion written by Judge Mark Davis, the appeals court said her misconduct in signing the hiring form was enough in itself to justify the firing.

That incident, the court said, “did not concern her signing on a garden-variety form. To the contrary, it involved her incorrectly representing to others in the university — by means of her signing for the dean — that he had approved the hiring of a new employee, which was utterly false.

“Taking the extraordinary step of signing a hiring form for her supervisor without prior authorization constitutes the sort of unacceptable conduct for which no prior warning is necessary,” it said.

There was sufficient evidence that Brewington “displayed a consistent pattern of hostility” toward the dean and “repeatedly attempted to undermine his ability to succeed in his position,” it said.

A federal judge has allowed a Title IX and breach-of-contract suit to proceed against a university that disciplined a male student for having nonconsensual sex with a female student although police concluded that no sexual assault had occurred.

The case was brought by a freshman identified in court documents as “John Doe.” He admitted having sex with the woman during a dorm party in 2015. The woman filed a rape complaint with local police, who investigated and determined no crime had been committed.

After a disciplinary hearing, the university’s director of student conduct and university standards found “Doe” guilty. The dean of students rejected his appeal.

The lawsuit alleged that the disciplinary hearing was “wrought with procedural irregularities” and violated the Title IX prohibition against gender-based discrimination.

Rosenberg denied the university’s request to dismiss the case.

On the question of gender bias, she cited evidence that the university had been subjected to critical news media coverage of its handling of prior complaints by female students alleging sexual attacks by males. The evidence “supports the plausible inference of a causal connection between the flawed outcome” of the disciplinary proceedings and gender bias, she said.

She also found sufficient evidence that the university may have violated its sexual and gender-based misconduct policy by allowing the alleged victim’s lawyer to participate actively in the disciplinary proceedings.

“Surely a deviation from policy alleged to have been motivated by gender bias is arbitrary, malicious or in bad faith,” Rosenberg said.

A fired male instructor at a private university cannot pursue sexual harassment and emotional distress claims against the institution’s president, according to the California Court of Appeal.

The decision came in a suit against California University of Management & Science President David Park by professional golfer Keunjun Choi, who was hired in 2008 to teach sports management.

The suit claims that Park ordered Choi to change the failing grades of two female students with which Park was having affairs. Both women later received job offers at the university over Choi’s objections, according to the decision. It also said Park allegedly reprimanded and then fired Choi in 2014 for questioning his allegedly “illegal activities.”

An Orange County judge dismissed the case, and Choi appealed to reinstate claims under California’s civil rights law and for intentional infliction of emotional distress.

The court said the civil rights law prohibits on-the-job sexual harassment, but “there is no allegation that Choi was subject to unwelcome sexual advances” or that he “was mistreated because of sex.” In essence, the decision said, the gender discrimination allegation was actually a claim for retaliation, and supervisors such as Park cannot be held personally liable for retaliation.

Similarly, the court said Choi’s emotional distress claim arises from the same alleged retaliation, and “it is bad policy to subject supervisors to the threat of a lawsuit every time they make a personnel decision.”