ATLANTA — A decision around affirmative action efficacy in higher education admissions still looms amid the U.S. Department of Justice’s announcement this year that it will investigate pending claims that Ivy League and elite institutions place quotas on the number of Asian American students they admit. 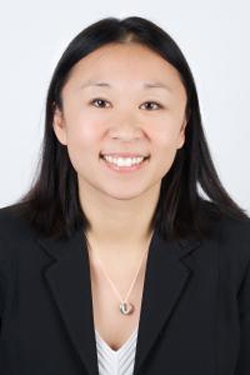 “If there is some discrimination going on against Asians, it is not due to affirmative action,” said Nicole Gon Ochi, supervising attorney at Advancing Justice-LA’s Impact Litigation unit, during a session titled “Affirmative Action’s Next Big Test.”

Ochi cited findings showing that when affirmative action was eliminated at UCLA, Asian student enrollment actually declined. “Asians are discriminated against by privileged Whites,” she said.

A rebuttal by Yukong Zhao, president and co-founder of the Asian American Coalition for Education (AACE), insisted that institutions consider merit, the “human factor,” and eliminate racial quotas or “racial balancing.” The premise for AACE’s accusations of bias by elite schools stem from arguments that Asian American students admitted each year do not reflect the increasing Asian American population in the U.S.

“It’s very difficult to speculate why” discrimination against Asian American students is happening, he said.

“The problem here is that the lawsuits and the complaint at issue has received a lot of media attention [and] are conflating two things: affirmative action and discrimination against Asians,” she said.

Ochi acknowledged that organizations and supporters on both sides of the affirmative action debate agree that they would and should be concerned if there was evidence supporting accusations of discrimination against Asian Americans in college and university admissions processes.

David Hawkins, executive director for educational content and policy for the National Association for College Admission Counseling (NACAC), argued that Edward Blum, an anti-affirmative action legal strategist in the Fisher case, has taken advantage of questions raised regarding affirmative action.

Some of these questions examine how Asian students are treated in highly selective admissions processes and extend to why Asian students face pressure to be at elite research universities as opposed to other institutions throughout the country.

“We’re talking about a fraction of a fraction of colleges,” Hawkins said about the exploitation of affirmative action conversations centering Asian American students as the “model minority.”

The panelists held separate beliefs on the best ways to achieve a diverse student body and simultaneously admit students by merit, but they agreed that the “Asians as a model minority myth” is detrimental to understanding how systemic barriers and a lack of resources affect access to higher education.

Still, Zhao argued that AACE has Asian students’ best interests at heart, noting that counseling agency officials have told Asian students to deemphasize their Asian background when applying to college, he said.

“They should be proud of their heritage,” he said. “It is a shame for the Ivy Leagues because they put racial quotas so our children, in order to apply for their school, will have to try to pretend that we’re not Asian. … I’m so disappointed.”

But it is important to note that “there are Asians that don’t fit the model Asian stereotype,” Ochi said. In an example, she shared the story of an Asian student who was an immigrant, but who did not have the best test scores. However, he was admitted to Harvard because of his tenacity, grit and evidence of a “strong sense of self” in his personal statement, she said.

Broader questions about the health of the K-12 system and its role in reinforcing the need or lack thereof of affirmative action is necessary as well, the panelists agreed.

“Colleges are playing the hand they are dealt,” Hawkins said. “There’s data that back both sides of this conversation, but it’s complicated.”