Analysis: A Call to Accountability – The HBCU Board 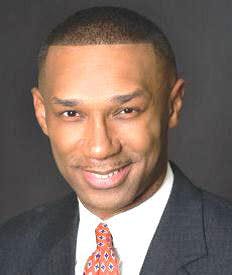 Johnny C. Taylor Jr. is president and CEO of the Thurgood Marshall College Fund.
Why are HBCUs struggling to survive and thrive today? It’s a question some really smart people within and outside the academy wrestle with perennially. There are a host of explanations, most of which inevitably tie back into arguments about historical and continued underfunding, but none of which really gets to the root of the problem—a problem I believe rests with poorly-constituted and underperforming boards of trustees/governors.

Jim Collins, the celebrated management/leadership guru, warned the world that organizations fail when they do not “get the right people on the bus.” Unfortunately, many in the HBCU community believe this admonition applies to faculty and staff only. I would argue that selecting the “right people” to join the board is at least as important (if not more important) than the campus-based hiring decisions. After all, the boardroom is where decisions are made with respect to the strategic direction of the school, the selection of the president/chancellor, and the long-term financial health of the institution. Frankly, if the wrong people are driving these types of decisions, the institution is going to head off a cliff—no matter how much money it can raise and how successfully it can recruit talented faculty, administrators, and students.

Nearly every major study of nonprofit boards over the past two decades identified board recruitment as one of the most significant challenges. It is no easy task to find candidates who have a genuine interest in the mission of the organization, possess the skills the board and the organization need, have the time to commit to attend meetings and complete board work, think strategically and have the ability to make significant financial contributions to the institution—or influence the giving of such gifts by others. Given the threats to our continued existence, HBCUs cannot settle for one or two of these attributes; we must recruit candidates to the board who possess them all.

Recruiting strong HBCU boards is only half the challenge. Demanding that these board members, once appointed, step up and do what is necessary to strengthen their institutions is equally important and challenging. There’s little doubt that HBCU board members on the whole are well-intentioned school loyalists and ambassadors; unfortunately, these qualities alone are insufficient. The ultra-competitive and ever-changing higher education landscape requires that HBCU board members: (1) ensure that the very best president/chancellor leads the school; (2) monitor organizational performance and take seriously their fiduciary responsibilities with respect to accreditation, legal and financial matters; and (3) commit significant personal financial gift s to the institution and assist the administration in the cultivation of major gifts.

The single most important decision an HBCU board makes is the selection of a top-notch chief executive. Despite this fact, there are countless examples of HBCU boards appointing presidents/chancellors who have failed miserably—and publicly—at other institutions. Moreover, there are documented instances of boards failing to honestly evaluate the president/chancellor and communicate to him/her longstanding performance issues. The failure of a board to hire the best, or fire an underperforming, chief executive is one of the worst forms of nonfeasance.

Nearly as important is the board members’ fiduciary responsibility. Schools do not fail at anything overnight. Years before the accrediting bodies, lawyers, or governmental auditors and investigators show up, there are telltale signs that a diligent board should have seen. In a number of instances, HBCU boards have chosen to ignore the obvious and only respond when forced to by outside third parties; this is inexcusable malfeasance.

Finally, HBCU boards suffer with what I term “Low to No Giving”—a phenomenon where a trustee is allowed to remain on the board of an institution for which he/she makes only a de minimis financial gift or no gift at all year after year. “Low to No” board giving, coupled with anemic alumni giving rates, makes it nearly impossible to obtain major gifts from philanthropic foundations and wealthy individuals. Increasingly, grantmakers and other donors are only willing to invest in institutions whose board, faculty, staff, and alumni actively give.

At the end of the day, the future of HBCUs rests with their boards. Schools that survive and thrive in the 21st century and beyond will do so because they have the right board members, selecting the right leaders, applying the right governance practices, and giving at the right levels. To be fair, the private HBCU community has a bit more latitude in selecting its board members than do the public HBCUs. But the fact remains that, unless and until we address our board leadership issue, we will continue to see HBCUs close or barely survive. D