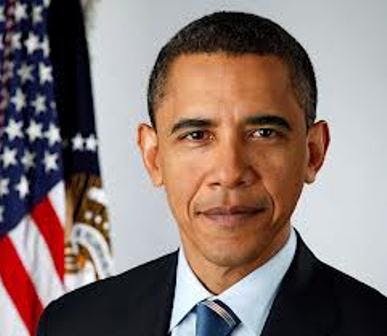 President Obama signed 23 executive orders Wednesday in response to the massacre that claimed the lives of 26 children and adults at Sandy Hook Elementary School in Newtown, Conn., last month.
WASHINGTON — The gun control measures signed Wednesday by President Barack Obama were hailed as critical steps that could help make America’s college campuses safer and allow academia to shine the light on gun violence like never before.

That’s the take that two leading experts on gun control and campus safety, respectively, and a university president had on the 23 executive orders President Obama signed Wednesday in response to the massacre that claimed the lives of 26 children and adults at Sandy Hook Elementary School in Newtown, Conn., last month.

Of the 23 executive orders, at least two will have a direct impact in the realm of higher education—one could lead to more federally-funded research into gun violence and another seeks to boost campuses’ ability to respond to emergencies. And given the fact that several recent campus shootings involved shooters with significant mental health issues, other orders that relate to mental health services could be of benefit as well, the experts and campus president said.

Steven J. Healy, former police chief at Princeton University and now managing partner at Margolis Healy, a firm that helps institutions of higher learning deal with campus threats and emergencies, said he was particularly pleased with the president’s order that calls for the development of “model emergency response” plans for schools, houses of worship and institutions of higher education.

“We’ve known for a long time, since 9/11, that there has been a significant void in emergency planning in both K-12 and higher education,” Healy said.

Although some of the void was closed after 9/11 and the 2007 shooting massacre at Virginia Tech, given the sheer number of K-12 schools and colleges and universities, a void still exists, Healy said.

“So whatever resources Congress can provide to help K-12 and higher education enhance their ability to prepare for and respond to emergency incidents is welcome,” Healy said.

The model emergency response plans called for in Obama’s gun control plan are expected to be released by May 2013 by the Departments of Education, Justice, Health and Human Services, and Homeland Security. Those departments will also assist interested colleges and universities in completing their own security assessments, the White House said. The White House is also calling on Congress to provide $30 million in one-time grants to states to help their school districts develop and implement emergency management plans.

Adam Winkler, a UCLA law professor who teaches courses on gun control and firearms policy, said the most significant gun control order for academia is the one that allows for the Centers for Disease Control and Prevention to research the causes and prevention of gun violence.

“One of the most important things that the president did was to free up the CDC to conduct research into gun violence,” Winkler said.

“Academics have been hindered in doing research into gun violence over the years because the gun lobby has tried to keep the federal government out of doing such studies,” Winkler said, referring to a little-known ban that had previously prevented the CDC from researching gun violence.

Winkler said the gun lobby opposes such research because gun rights advocates believe the gun industry will go the way of the tobacco industry after research began to show the harmful effects of smoking.

“The tobacco industry used to be one of the most powerful institutions in the nation until so much research came out showing how hazardous it was for people to smoke and how hazardous it was for people around them that it led to serious restrictions on people’s ability to smoke in public,” Winkler said. “The gun industry doesn’t want to see that happen to guns. They don’t want you to collect data because that data could be used to restrict guns.”

A Diverse reporter contacted the National Rifle Association for a response to Winkler’s assertion but did not get a callback before deadline.

Winkler said more research into the causes of gun violence could ultimately lead to better public policy with respect to gun regulation.

“You can’t devise good gun control law unless you have good research,” Winkler said. “If we want to balance people’s right to bear arms with public safety, we need to know where the dangers are to public safety and what kind of laws we can put in place to be as tailored and precise as possible.”

Freeing up the CDC to study gun violence could ultimately enable more academics to do research into the topic as well, since the federal government often finances higher education to conduct research.

“Federal agencies have been very hesitant to spend money on gun violence prevention research because of fear of losing funding by gun rights advocates and Congress,” Winkler said. “So the president is making clear saying that he’ll fight for the ability of researchers to collect data.”

Indeed, a White House statement appears to seek to recalibrate Congress’s thinking on the rationale behind the ban on research into gun violence.

“For years, Congress has subjected the Centers for Disease Control (CDC) to restrictions ensuring it does not ‘advocate or promote gun control,’ and some members of Congress have claimed this restriction prohibits the CDC from conducting any research on the causes of gun violence,” says the statement from the Office of the Press Secretary at the White House.

“However, public health research on gun violence is not advocacy,” the statement continues.

“The President is directing the CDC and other research agencies to conduct research into the causes and prevention of gun violence, and the CDC is announcing that they will begin this research.”

Although the President is authorizing CDC to conduct gun violence research, as well as research into the relationship between video games, media images and violence — it’s unclear whether Congress will heed the President’s call for $10 million for the CDC to conduct such research.

“There’s been very little money available for the issue that takes 30,000 lives every year in America: guns,” Winlker said. “So I think that’s maybe the most important thing for higher ed.”

“All of us see students who are coming to campuses these days with a lot of stressors,” Wilson said. “I think we need to understand the origin of the kind of stressors that students are coming with.”

Among other things, Obama’s orders call for enabling states to share more information with a federal background check system to stop people who are prohibited from purchasing firearms for mental health reasons. It also calls for a dialogue on mental health issues to be led by U.S Education Secretary Arne Duncan and U.S. Health and Human Services Secretary Kathleen Sebelius.

Although President Obama’s gun control plan was well-received in some academic quarters, some policy experts criticized some elements of the plan.

The Justice Policy Institute, for instance, issued a statement saying that, while the organization supports more research on gun violence and improved mental health services, it was “extremely concerned with the expansion of law enforcement in and out of schools.”

“The Administration is proposing to give preferential treatment in the current budget cycle for SROs (School Resource Officers), and wants to see increased SROs in the future to ‘give parents some peace of mind,’” the JPI statement said. “However, our research indicates that greater numbers of school resource officers do not always correspond with fewer crimes.”

JPI said SROs end up being relied upon for routine discipline problems.

“The result has been a massive increase in the number of youth being arrested at schools and formally processed through the justice system,” the JPI statement said.