HBCUs Not Rushing to Embrace LGBTQA Issues of Staff and Students 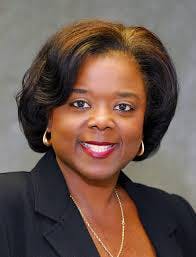 Sharon Lettman-Hicks, CEO of the National Black Justice Coalition, said HBCUs “are just far too behind” in regards to LGBTQA issues. (Photo courtesy of the National Black Justice Coalition)Earlier this summer, a gay White professor at Alabama State University filed a lawsuit in federal court against Alabama State, an HBCU, alleging that he and his partner had been the targets of discriminatory practices at the school.

Dr. John L. Garland charged that he and his spouse, Dr. Steven B. Chesbro, who is dean of the College of Health Sciences at ASU, were retaliated against after they spoke out about a pattern of discrimination at the public HBCU.

While ASU declined to comment on the allegations, news of the lawsuit made national headlines, raising an urgent and pressing question: How do historically Black colleges and universities fare overall when it comes to ensuring that members of the LGBTQA community — students, staff and faculty — are afforded the same rights as others?

“Not so good,” says Sharon J. Lettman-Hicks, executive director and CEO of the National Black Justice Coalition, a civil rights organization dedicated to empowering Black LGBTQA individuals. “I don’t think we’re being too hard on HBCUs. They are just far too behind when it comes to this issue.”

Though HBCUs have a history of being culturally and religiously conservative, guidelines established by the Equal Employment Opportunity Commission (EEOC) make it illegal for colleges and universities — particularly public ones — to discriminate against LGBTQA employees.

And yet, the number of EEOC complaints filed against HBCUs as a result of discrimination based on sexual orientation appears to be growing, according to legal experts, scholars and LGBTQA activists. Other LGBTQA faculty and administrators like Garland have opted instead to use the courts to seek remedy.

At a time when other “isms” have been routinely frowned upon within academia, some say that overt and subtle forms of discrimination directed against the LGBTQA community have been allowed to fester, as many institutions lay claim to social tradition when the issue is raised.

But that’s not an excuse, says Lettman-Hicks, who has been pushing for HBCUs to adopt non-discrimination policies and to become compliant with federal and state laws.

“The federal government repealed ‘don’t ask, don’t tell’ and HBCUs should follow suit,” says Lettman-Hicks. “This is a no-brainer. We have to pass inclusionary measures that say that we want to create a professional climate for those who work at our institutions.”

While predominantly White institutions across the country have long provided health and other benefits for same-sex partners, many HBCUs have been slow to recognize civil unions or gay marriage, which is now legal in 19 states and Washington, D.C.

“I went to my HR department with my marriage certificate to get my husband added to my benefits and the director looked at me like I was an alien,” says one HBCU faculty member who married his husband in Washington, D.C., last year. “My HR director either was in deep denial or had no idea that marriage was actually legal in parts of this country and I spent several weeks trying to desperately convince her that I was not lying; she seemed to be in absolute disbelief.”

The White House Initiative on Historically Black Colleges should take up the case, says Lettman-Hicks, on helping HBCUs get up to speed, since they are responsible for “modeling the priorities of what the Obama administration is about.”

But getting buy-in from many HBCUs — including their boards of trustees and alumni — may prove difficult, particularly at private HBCUs that have a church-based affiliation.

“Publicly, our position is straightforward and clear: We do not tolerate discrimination of any kind,” says one HBCU president who asked to remain anonymous. “But I would be lying if I said that we’ve done everything in our power to stamp out the vestiges of bigotry based on sexual orientation. We’ve got a long way to go and there is a lot of resistance from senior administrators, members of the board and many of our alumni, who are now parents.”

Experts say that too many HBCU presidents have done only the minimum, with regard to sounding a clarion call on their nondiscrimination policies. Few have been aggressive or proactive in offering training, workshops and other support services needed to help sensitize the overall community to the challenges that the LGBTQA community faces and the types of discrimination that often occurs.

The failure to provide safe and inclusive environments for LGBTQA students and employees will lead many of them to choose to study and work elsewhere, says Dr. Robert Terry Palmer, an associate professor of student affairs at the State University of New York at Binghamton and an expert on HBCUs.

“There’s a general sense that Black students feel more comfortable at HBCUs, but that’s not true for all students,” says Palmer. “Colleges are part of the marketplace. … If students and employees don’t feel like they are supported at HBCUs, they will go to PWIs (predominantly White institutions),” he adds.

Palmer says that, during his time as a graduate student at Morgan State University, he knew of several LGBTQA faculty and staff who remained in the closet and as a result did not actively reach out to LGBTQA undergraduates to provide advice and key support.

At Morgan State, Dr. David Wilson, the school’s president, has pledged to take on the issue and has been more outspoken than others.

“We have an environment at the university that is nondiscriminatory, period,” he says. “Discrimination has no place at Morgan State University.”

But in a series of interviews with several other college presidents, some say they’ve tried to advocate for LGBTQA issues — rather than simply crack down on discriminatory behavior — but have faced numerous roadblocks and have been cautioned to tread very lightly.

“It’s hard to get support from alumni and trustee members who would rather that we not be seen as an institution promoting an alternative lifestyle,” says another HBCU president. “This is the challenge that many of us face. It remains quite daunting and frustrating.”

Still, many colleges — including Bowie State University in Maryland — have been successful in creating a resource center on campus for the LGBTQA community. Lettman-Hicks says North Carolina Central University is viewed as a model for LGBTQA students and employees due to its anti-discrimination policies, its resources and the administration’s willingness to tackle LGBTQA issues.

Lettman-Hicks says that now is the time for other colleges and universities to follow NCCU’s lead.

“HBCUs need to have a long-term commitment to getting it right,” she says. “We can’t put this on students. They come and go. We need to get nondiscrimination policies on the books and enforce them.”

Jamal Eric Watson can be reached at jwatson1@diverseeducation.com