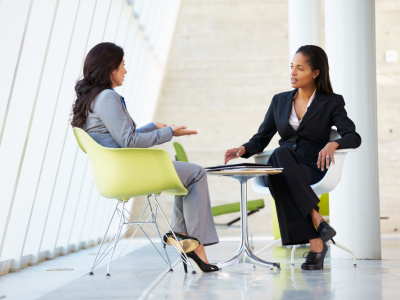 Experts say that White mentors ought to be properly trained and educated before adopting non-White mentees.

A needs assessment survey had indicated what areas that the junior professionals wanted mentoring in the most.

Project leaders even went so far as to disaggregate the survey responses showing what the priorities were among different racial groups at the predominantly White institution. About two-thirds of Asian-American and Pacific Islander faculty, for example, wanted help with teaching, while less than one-fourth were concerned about their professional development trajectory.

Meanwhile, about two-thirds of African-American faculty wanted mentoring in not only professional development paths, but also in securing tenure and promotions, how to best utilize professional networks and how to navigate personnel actions.

Armed with these specific requests, Grand Valley project leaders enthusiastically approached tenured professors of color throughout campus about adopting mentees within their ethnicities and the reasons why.

But to their surprise — and dismay — the tenured faculty overwhelmingly said no.

It turned out that the latter felt stretched too thin amid the many minority affinity undertakings they already juggled alongside classroom and research responsibilities and university service obligations.

The anecdote was shared last week during the annual meeting of the Professional and Organizational Development Network in Higher Education. The POD Network is devoted to improving teaching and learning among postsecondary institutions by supporting and advocating for the value of faculty development. The theme of the conference, which ended Sunday, was “Back to the Future: Critical Reflection, Effective Practice.”

One of the sessions, titled “Overcoming Oppression for Faculty of Color,” explored ways in which Whites can effectively mentor non-Whites at universities like Grand Valley where there are perhaps too few minorities in senior positions to tap. Grand Valley enrolls about 25,000 students and employs about 800 tenured and tenure-track faculty and another 800 part-time, adjunct and other non-tenured instructors. Minority faculty there number about 18 percent.

Dr. Dana Munk, a Grand Valley associate professor, recalled how her overtaxed minority colleagues “were so apologetic yet insistent that they could not accommodate” the new mentoring initiative.

“It became clear that our idea was not going to work,” said Munk, who is also a fellow in Grand Valley’s Pew Faculty Teaching and Learning Center, which supports dialogue and community-building around teaching and learning.

So Munk and others at the university near Grand Rapids, Michigan, decided to incorporate broader supports in the existing mentoring endeavors to reach out to the minority junior faculty.

For instance, Grand Valley has financed the costs for about a dozen of its senior White faculty to attend the University of Colorado Colorado Springs’s annual Knapsack Institute, a three-day immersion program examining privilege and oppression along the lines of race, class, gender and sexuality in order to improve inclusiveness in educational settings.

Upon their return to Grand Valley, the institute attendees were expected to pass along to others what they learned and to try to mentor some of the junior faculty of color.

Dr. Patty Bolea, a Grand Valley associate professor in social work, noted how their vice president for inclusion and equity is at least trying to respond to the needs of the minority junior faculty. Because 90 percent of respondents to a campus climate survey indicated satisfaction, it would have been quite easy to dismiss the concerns of the other 10 percent.

“Instead, he wanted to tend to the needs of the 10 percent,” Bolea said, referring to the vice president.

But she echoed the Grand Valley presenters at the session in saying that White mentors ought to be properly trained and educated before adopting non-White mentees.

“I’m a woman, I’m a professor, I’m married to a traditional Indian guy, I cook four times a day,” she said, recounting an exchange with a former mentor. “I want to be my authentic self and not have to hide any of my identities, but then my mentor said, ‘Well, to get tenure here, you need to publish twice a year.’”

The woman rolled her eyes and rhetorically asked other session participants, “What am I supposed to do with that?”

Bolea responded, “The worst way to mentor is to ironically become an oppressor.”

On the other hand, it’s still important “to tell a mentee how to make it in the academic world,” said Bolea, who, like Munk, is a fellow at the Pew Faculty Teaching and Learning Center.

“A mentor should be an ally and be empathetic,” Bolea said. “He or she ought to be authentic but still let you be your authentic self too.”

Munk added, “You want to do more than just survive. You want to thrive and be able to celebrate who you are.”

Another conference-goer said that her university gives annual presidential awards to recognize efforts by individuals on campus who boost diversity and inclusion. The honorees are feted at a campuswide reception and interviewed by university publicists. The fact that the president issues the award incentivizes not only the nomination process but also overall diversity efforts.

This university wasn’t the only one to use an incentive from a high-level source.

At Elon University, the provost sent automatic reminders to faculty and staff who failed to respond to a survey about the campus’s LGBT friendliness — or lack thereof, depending on the viewpoint.

Based on the survey findings, along with feedback from focus groups, the members of Elon’s presidential LGBTQIA task force issued recommendations for how to improve the campus climate.

Since then, Matthew Antonio Bosch, director of Elon’s Gender and LGBTQIA Center, and others have conducted more than 80 workshops to educate campus constituents about how to better support LGBT people. “Some of the employees didn’t even know you don’t use the word ‘homosexual’ anymore,” Bosch said.

He was one of the presenters at a conference session titled, “Assessing How Well Individual Campuses Serve Their LGBTQ Community Members.”

In the past few years, Elon has added gender-inclusive restrooms and revised its student applications to ask if they self-identify as LGBT in order to track representation. The student body is currently 3.5 percent LGBT.

Elon’s Gender and LGBTQIA Center was established during the 2013-14 academic year.

These and other actions at Elon helped it vault from a national ranking of No. 370 out of 450 schools in 2013 in Campus Pride’s annual index to No. 15 this year, Bosch said.