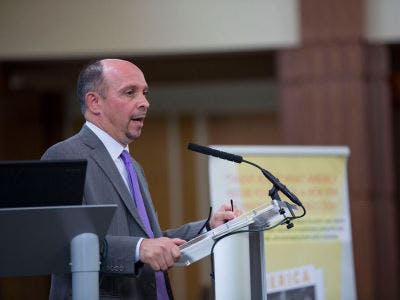 When it comes to broadening college access and enhancing student success throughout the United States, philanthropic foundations have increasingly taken a leading role in helping to shape the national dialogue.

­There’s little doubt that, without the financial support from foundations to support growing research and scaling, policy experts and political leaders would face a much harder time identifying key problems and finding solutions.

While there are many multi-issue grant-making foundations in the philanthropic world, the focus on college access and attainment has only become a priority in recent years.

“Higher education was a pretty sleepy place a decade ago,” says William F.L. Moses, managing director of the Education Program at ­The Kresge Foundation, which was founded in 1924. “­There was not a lot of innovation. But as technology took off, there has been a growing interest in attainment.”

With an approximately $20 million yearly budget, the Kresge Education Program supports postsecondary access and student success for low-income, first-generation and underrepresented students living in cities in the United States and South Africa.

In the United States, Kresge’s education team works nationally, with a special focus on California, Florida, Michigan and Texas — states that have high populations of underrepresented students.

“Our focus is on anyone who has not been well served by higher education,” says Moses. “We think there is value in supporting the pipeline.”

Launched in 2000, the Bill & Melinda Gates Foundation — which boasts a $44.3 billion endowment — also funds K-12 and higher education reform programs, but is much more recognized for its international work focused on health care than for its domestic education agenda.

But it’s the Lumina Foundation — also started in 2000 — that is known throughout the United States for its decision to make college access its sole focus.

“Part of the genius of the Lumina Foundation is that the founding board made this decision to make it one issue,” says Jamie Merisotis, president and CEO of Lumina, which has an endowment of $1.2 billion. “When you have more than a billion in assets, it’s easy to say let’s work on a whole array of issues. But they made, I think, the foresighted choice to focus solely on college access and success in 2000 at a time when that was not nearly the kind of public policy and public issue it is today.”

For Merisotis — the first in his immigrant family to graduate from college — the mission of the Lumina Foundation is nicely aligned with his lifelong work.

“My path to leading a national foundation focused solely in this space is interesting and very fortunate in a lot of ways,” says Merisotis, who has served in a variety of jobs in the public policy arena, including working as an analyst at the College Board.

Merisotis co-founded and previously served as president of the Washington, D.C.-based Institute for Higher Education Policy and was executive director of the bipartisan National Commission on Responsibilities for Financing Postsecondary Education in the early 1990s that focused on college affordability.

“I call myself a walking advertisement for every financial aid program you can think of because I received federal student aid, grants and work-study,” says Merisotis, who attended Bates College in Maine. The school’s focus on liberal arts cemented his interest in issues around equity, he says.

“It really was a tremendous experience,” he says, adding that a chance encounter with one of Bates’ most famous alumni, Dr. Benjamin E. Mays — the legendary Baptist preacher and longtime president of Morehouse College — had a profound impact on his life’s trajectory.

“I became quite enthralled with his story and his experience and he’s been sort of a life guide for me throughout my life,” says Merisotis, who named his first son after the civil rights figure. “A Bates College graduate had a big influence on the way I think about my own life.”

Since taking the helm of Lumina, Merisotis says that the foundation has been actively engaged in contributing to the “development of ideas as well as to the scaling of ideas.”

Lumina launched Goal 2025 in 2009, a strategic plan to increase the proportion of Americans with high-quality degrees, certificates and other credentials to 60 percent by the year 2025.

“Philanthropy historically has been quite good at being a catalyst for the development of wholly new ideas,” says Merisotis. “Its track record is more mixed in the context of taking those best ideas to scale. Some foundations have clearly done that.”

Like the Ford Foundation, which came to prominence during the civil rights era, or the Annie E. Casey Foundation that is known for its youth policy or the Robert Wood Johnson Foundation for its work in health policy, Lumina is leading the way when it comes to college access and student success.

“I think that Lumina has tried to the best of its abilities to be clear and unapologetic about the agenda around equity, that increasing attainment is not just about raising the bar to 60 percent and not just about high-quality credentials,” says Merisotis.

Dr. Marybeth Gasman, a professor of higher education and director of the Center for Minority Serving Institutions at the University of Pennsylvania, says that foundations have historically played an important role in pushing higher education initiatives.

“Often their support can bring great attention to issues that could otherwise be overlooked,” says Gasman, an expert on historically Black colleges and universities (HBCUs) and minority-serving institutions (MSIs).

“The Kresge Foundation, for example, has been a longtime supporter of HBCUs and other MSIs, and [has] brought their challenges and strengths to the attention of other foundations, media and policymakers. This is vital. Many foundations now work hand in hand with MSIs, which is important. Much has changed in the past 20 years, as foundations are smarter in their knowledge of MSIs now, they are much more data-driven, and establish good relationships with MSI leaders. I think they are better at listening to the unique challenges of MSIs,” says Gasman.

One of the biggest misperceptions is that foundations can only be useful with funding initiatives.

“We try to use all the tools in the philanthropic basket,” says Moses of the Kresge Foundation, adding that Kresge often convenes gatherings to showcase best practices and share ideas.

“To me, there is a distinction between philanthropy and charity,” says Merisotis, who oversees 57 staffers in Indianapolis and Washington, D.C. “Charity is one of the wonderful American traditions that I believe strongly in. I think we need more of it in American society.

“But organized philanthropy, in my view, is about change. And change means you’ve got to be clear about your goals. You’ve got to actually measure your own progress and be candid and transparent about whether you’re actually getting there.”

Concerning the foundation he leads, Merisotis adds, “In Lumina’s case, it means that we do see ourselves as a leadership organization where grant making is one tool in the toolbox of our efforts to serve as that catalytic organization. We are a grant-making organization and we believe that grants can support organizations that can create that large-scale change.

But dollars alone, particularly philanthropic dollars that are very limited in reality, can’t be enough. Experts say that philanthropy has to be change-oriented, which, in Lumina’s case, “means we have to utilize our expertise, our ability to influence others, our coalition building and convening capacities for us to really feel like we are achieving mission and achieving goals.”

Gasman says that other foundations can follow the lead of Lumina and Kresge and can target their work toward minority-serving institutions.

“Although there are quite a few exceptions, one thing I would like to see [is] more of a wide-scale and longer-term concentration on MSIs by foundations,” says Gasman. “Often, you will see short-term concentration — which is appreciated — but MSIs need a long-term investment in order to make up for past injustices that they have faced across the board.”