One of the most important decisions you will have to make is the selection of the next member of the U.S. Supreme Court — one that will undoubtedly have a direct impact on the lives of every American for generations. There is no debate regarding the importance of the Supreme Court, but I need you to understand the particular meaning of the high court to African-Americans in particular. For example, although several African-Americans were first elected to Congress and state legislatures following the Civil War, it wasn’t until the Supreme Court intervened that many were allowed to take their seats. 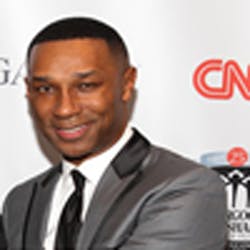 The future justice, a common man with uncommon talent, commuted each day from the District of Columbia to his home in Baltimore, working in the school’s law library to make ends meet. Upon graduation, he did not land a plum clerkship with a federal judge or join a major white-shoe law firm; instead, he began working for the Baltimore branch of the National Association for the Advancement of Colored People (NAACP). Mr. President-elect, is it too much for us to ask you to look for the next Justice Marshall? In other words, what if there was a justice who was more like the rest of us?

Consider someone like Judge Ann Williams, who currently sits on the U.S. Court of Appeals of the Seventh Circuit in Chicago. Born and raised in Detroit and a graduate of Wayne State University, Williams is the daughter of two HBCU alumni. Despite degrees in psychology and political science, racial politics of the day only allowed her father work as a bus driver. After graduation from college, Williams taught in Detroit public schools before studying law at Notre Dame. President Ronald Reagan appointed the former prosecutor to the bench in 1985, before President Bill Clinton elevated her to the Seventh Circuit. How’s that for bipartisan support? How would being a single mother who worked her way through college impact judicial temperament? And what if that college was a state college instead of Harvard College?

Make no mistake, I am not requesting you simply go find a “black lesbian from Skokie” to achieve diversity on the Court. Doing so would be incredibly insulting to underrepresented communities and would demonstrate a lack of understanding of the value of diversity. We value different backgrounds because they offer a different perspective and innovative approaches to solving the challenges facing real, everyday Americans.

Finally, no part of my open letter should be read as an attack on Judge Merrick Garland; I understand him to be a fine man and a talented jurist. I simply believe there is huge merit to diversifying a Court that will increasingly make decisions impacting everyday Americans. Whether deciding who may sue mortgage lenders and housing operators for racial discrimination in housing in Bank of America v. Miami, or if consumers can sue major credit card companies for agreeing on how much they charge to use ATM machines in Visa v. Osborn, or even how families of disabled children can ensure their children obtain quality public school education in Endrew F. v. Douglas County School District — the Supreme Court should be armed with jurists (at least one) who authentically understands how the Court’s decisions affect the lives of all Americans.

Your victory on November 8 gives you an opportunity to show the American people that you are concerned about justice for all — even if we’re from Skokie.