Based on his divisive campaign rhetoric and his cabinet appointments of nothing but White men, the forthcoming administration of Donald Trump could potentially spell “disaster to diversity in higher education.”

That is the take of Randal Pinkett, winner of season four of Trump’s reality TV show — The Apprentice — and founder, chairman and CEO of BCT Partners, a national consulting firm that focuses on helping organizations build capacity and improve communities’ quality of life. 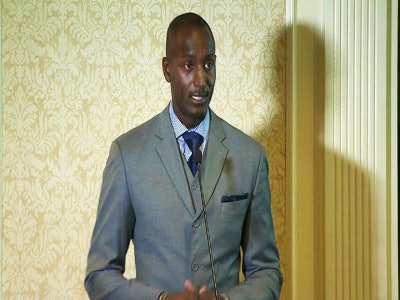 Pinkett, a Rhodes Scholar, also was honored as an Arthur Ashe scholar for his academic and athletic excellence by Diverse back in the 1990s when the publication was known as Black Issues In Higher Education.

Pinkett said Trump’s appointments of White men to high-level posts within his administration is an extension of what he experienced when he worked for Trump after winning season four of The Apprentice in 2005.

“I worked for the Trump organization for a year. I did not see a single person of color in the executive capacity within the Trump organization throughout my entire year,” Pinkett told Diverse in a far-ranging interview that touched on topics that ranged from Trump’s likely impact on the global economy to his record as a businessman on the American gaming scene.

“I’ve never sat in a meeting where there was another person of color besides me, and, as of now, if I stand in a room with Donald and his appointments and his inner circle from the campaign, no diversity, no persons of color,” said Pinkett, who is author of “Black Faces in White Spaces” and is working on a sequel called “Black Faces in High Places.”

“All of his appointees thus far have been White men,” Pinkett said. “That’s troubling.”

Although Pinkett was all smiles when Trump selected him as winner of season four of The Apprentice, Pinkett said today he would not accept a post in the Trump administration.

“Our views are just too diametrically opposed that I could not carry out Donald’s agenda,” Pinkett said. “I think my voice is much better served in continuing to hold Donald’s feet to the fire and be an outspoken critic of Donald and hold him accountable to serving all Americans and not just some Americans.

“And beyond that, I’m just having too much fun at BCT Partners,” Pinkett said with a laugh.

Diverse posed a series of questions to Pinkett that dealt with issues that ranged from the likely impact that Trump’s United States Supreme Court appointments will have on diversity in higher education to Trump’s acumen as a businessman who could establish economic policies that could—for better or for worse—alter the course of both the American and the global economies.

“Donald’s ability to appoint Supreme Court justices and tip the scales in the balance of liberal versus conservative perspectives that are advocates for diversity and those that are detractors to diversity has the potential to reshape the landscape of diversity in higher education,” Pinkett continued. “If we look at Donald’s track record, we have little to no reason to believe that (diversity and inclusion) are ideals and virtues that he upholds.”

Pinkett questioned Trump’s claims of being a “successful” businessman.

“If you peel away the onion of Donald’s argument for becoming president, the argument was, ‘Well, I’ve been successful at business so I can be successful running the country’; that’s not the case. Donald’s business story is much more complex than he’s just successful or he’s just failed.

“He’s had some success, but he’s had a lot more failures than certainly he’s given voice to and certainly more failures than I think the public would be led to believe unless you look more closely at the story behind Trump University, Trump Institute, where I worked—Trump Entertainment Resorts in Atlantic City—and other companies that are now defunct, Trump Steaks, GoTrump.com … Trump Magazine, the list goes on and on of failed ventures that challenge the notion that Donald’s success in business is what he would claim it to be.”

One of the topics that largely escaped criticism during the campaign is Trump’s role in profiting off gambling, which has been shown to have a long-term negative impact on economies and low- to moderate-income individuals.

Pinkett, who did a facelift for Trump’s casinos, said Trump’s record in the gaming marketplace raises questions about his moral character.

“If the theory is that gambling would lead to economic development in cities like Atlantic City, that was not the case,” Pinkett said. “While there may have been a certain height of his gambling success, at the end of the day, there are fewer jobs, fewer opportunities, contractors, employers and business owners who are doing worse because of Donald’s gambling enterprise than are doing better.”

“Second, all indicators suggest that Donald made money but the community still did worse. When we look at the number of employees and workers who walked away from Atlantic City with their hands empty, contractors Donald didn’t pay, business owners that went out of business because they never got paid, employees who lost their jobs, it raises questions around ethics that he would endeavor to make money off the backs of others and leave them empty handed or getting pennies on the dollar for what they were owed.

Pinkett was also critical of Trump for his thinking on how simple it is to renegotiate American trade agreements.

“I think Donald has a theory of change that he can unilaterally exit longstanding trade agreements and magically renegotiate them in favor of American workers, and I think that is far easier said than done,” Pinkett said.

Pinkett also said Trump has provided an “alarmingly low level of specificity” about how to improve the American economy.

“I haven’t heard an agenda for supporting small business owners. I haven’t heard an agenda for how to create more manufacturing jobs or how to train Americans for the jobs of the new economy. I haven’t even heard a plan for entrepreneurship from Donald and he’s an entrepreneur himself,” Pinkett said. “The lack of specificity has led me to worry that Donald hasn’t quite thought through how to translate his campaign rhetoric into policies and programs that can work for the American people.”

Pinkett also expressed concern about what kind of tone a Trump presidency might set for police relations with the community.

“And so it certainly leads one to worry that we hope to not—but certainly may—see incidents of violence between citizens and the police, especially Black males or people of color.

“Will Donald offer the leadership to denounce what’s happening in our communities and the perpetrators of those atrocities and really offer the White House as a voice and as an agent of change?

“Or will he do what he has done on the campaign trail, which is to kind of be either accepting in some ways, kind of either subtly or more explicitly condoning of this behavior, which will only make things worse.

“We see what’s happening today in our schools with rising incidents of bullying, of racism, of intolerance. Those behaviors are partly of Donald’s hands and it’s going to get worse before it gets better unless he changes his understanding of his role as leader of the entire country.”

Pinkett said Trump seems likely to pursue policies, programs, foreign relations and military actions that are as divisive as the campaign that he ran.

“My biggest concern is that Donald will continue the same behavior in the White House that we saw on the campaign trail and that he will only build a deeper divide within our country and across our globe than he already has,” Pinkett said.