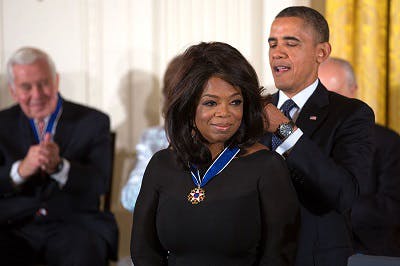 Winfrey made the pledge on Saturday while speaking at the 17th annual Maya Angelou Women Who Lead Luncheon in Charlotte, North Carolina.

The United Negro College Fund had set a goal to raise $1 million at the luncheon and raised $1.15 million before Winfrey’s keynote speech. Winfrey then announced she would match that amount, bringing the total to around $2.3 million.

“I believe in the power of education,” Winfrey said. “There is nothing better than to open the door for someone.”