Almost 70 years after the landmark U.S. Supreme Court case Brown v. Board of Education that ruled racial segregation as unconstitutional, the right to an equitable education is still not a given for many Americans. That issue was discussed at the Education Law Center's (ELC) 13th annual lecture delivered by University of District of Columbia law professor John Brittain

Based on data collected by Economic Policy Institute in 2017, Black children are more than twice as likely to attend high-poverty schools compared to white children. The study also found that the performance Black students suffer when attending high-poverty schools with high shares of students of color. Brittain pointed out that experts have long been stuck in the great debate on how to remedy the deficit for students in segregated schools. Do we increase funding for Black and Latino students, thus creating equal but segregated schools, or do we integrate all schools?

“We should merge the two points together,” said Brittain. “And seek to go beyond the great debate.”

Brittain believes that diversity itself is now a core component of an adequate public education. Students, he said, need to be prepared to work across lines of differences to succeed in the 21st century workforce.

“The danger to white children is that they learn the prejudices of our society. They are taught to gain personal status in unrealistic and non-effective ways,” said Boddie.

Segregation, she added, made it harder for students to see what they have in common, thus furthering stereotypes.

“There's this tendency to assume that they are superior and not see the talents and the possibilities in Black and brown students,” she added.

Her vision is to create an equitably integrated public educational system of shared power, shared resources and shared opportunities. She stressed that just integrating the students are not enough. She added that the integration of teachers, curriculum facilities, extracurriculars and transportation is also necessary so that students and stakeholders from all different backgrounds can learn together on an equal footing.

To counter the problem, Boddie suggests extending school district boundaries to include diverse neighborhoods and allow students to have choice. She is also an advocate for the creation of more magnet schools that offers special curriculum to attract students and she favors a robust Inter-district Choice Program that allows approved choice districts to enroll students who do not reside within their districts.

“I think we can get there. And I'm really excited about that,” she said.

U.S. Representative Robert C. “Bobby” Scott, who chairs the powerful Education and Labor Committee in Congress and helped secure support for President Biden's American Rescue Plan, also joined the lecture and shared ongoing efforts to integrate schools from the federal level. He mentioned the historic rescue plan delivered $130 billion to K-12 schools across the country, averaging about $2,600 per student on average. However, wealthier districts received only $400 per student while low-income districts got about $5,000 per student under the new distribution formula.

“So simply put, low-income areas received an infusion of funding at a level they had never seen before, and we addressed equity like we'd never seen before,” said Scot, who acknowledged that there’s still work to be done such as the elimination of achievement gaps.

The Teagle Foundation Builds Diversity and Access in Liberal Arts 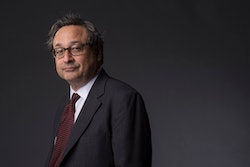 The Teagle Foundation Builds Diversity and Access in Liberal Arts