That the American dream has not been equally attainable for all has become so clear that pointing it out can verge on cliché. However, two recent reports from the Brookings Institution, a Washington D.C. think tank, are shining a light on important new aspects of this reality that have not been previously studied. The reports show that job displacement—losing work for reasons unrelated to performance—and intragenerational wealth mobility—how a person’s net worth changes over their lifespan—differ along racial lines.

The effects of job displacement are both immediate and lingering. The report found that a displaced worker’s earnings fell 57% in the following year and that, although they eventually recovered to their previous levels, still lagged behind the earnings of workers who hadn’t been displaced 10 years later. Black workers were 67% more likely to be displaced than other workers on average, and, according to Dr. Elizabeth Wrigley-Field, a professor of sociology at the University of Minnesota who has written about job displacement, the reason is not what one might expect.

“In general, it's not because Black workers have been concentrated in more layoff-prone occupations or in occupations that are more easily replaced by machines or more easily moved abroad,” said Wrigley-Field. “Public sector jobs have historically played a crucial role as a pathway to economic mobility for African Americans. So, layoffs and job contractions in that sector really attack a part of the economy that has been uniquely vital for reducing inequality.”

The report’s findings are particularly salient in light of the COVID-19 pandemic, which, according to the Organization for Economic Co-operation and Development, has caused one of the worst jobs crises since the Great Depression. But another recent Brookings report shows that job displacement is just one factor that leads to very different net worth throughout the life course.

Wealth accumulation was found to be tougher for the same groups who suffered from more job displacement. The study found that even if Black Americans had the same amount of wealth as white Americans in their early thirties, they will have significantly less by their late fifties. Of those who had the median level of wealth in their early thirties, Black Americans fell to the 38th percentile of wealth by their late fifties, while white Americans rose to the 57th percentile, on average.

“It’s not as though [Black Americans’] absolute wealth falls,” said Dr. John Sabelhaus, a non-resident senior fellow at Brookings who was one of the authors of the report. “It just doesn’t grow nearly as fast.”

This gap in growth rates cannot be fully explained by differences in income between white and Black Americans, according to experts.

“A lot of it has to do with our institutions—structural racism and structural classism that make it hard for individuals who don’t already have well-connected extended family to really make big gains,” said Dr. Brielle Bryan, an assistant professor of sociology at Rice University who has written on intragenerational processes that cause wealth gaps.

She and Sabelhaus both pointed to differences in the ease of starting a business for people of differing race.

“There’s a lot of anecdotal evidence from surveys that Black entrepreneurs are much less likely to go to a bank to try and get funding because they believe they’ll be turned down, even though they’re very comparable to a white entrepreneur and in the same business,” said Sabelhaus.

This mistrust is legitimate—lending discrimination has a long history in the U.S. But it also has to do with entrenched racial wealth differences and residential segregation.

“If you want to start a small business and you’re a Black American, the people in your social network may be very supportive,” said Bryan, “but because of the already existing massive wealth disparities that we have, they’re just not going to be as wealthy a customer base.”

Although a bachelor’s degree was helpful in building wealth—those with the credential had more upward wealth mobility and less downward wealth mobility, regardless of the level at which they had started—the costs of obtaining one created a drag on African Americans’ net worth.

Differences in family wealth also make it harder for Black Americans to improve their net worth through home ownership, and Black Americans are also less likely to have access to retirement accounts, according to Sabelhaus.

Taken together, the reports paint a dispiriting picture of America’s economic situation, where racial wealth differences are intractable, despite the efforts of disadvantaged people to get ahead.

“We just don’t have great evidence that real mobility is common for Americans,” said Bryan. “The American dream is maybe more a Canadian dream.” 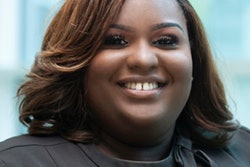 In Exhibit, Satterfield Tells Us: Take Time to Heal 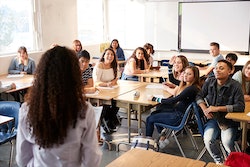