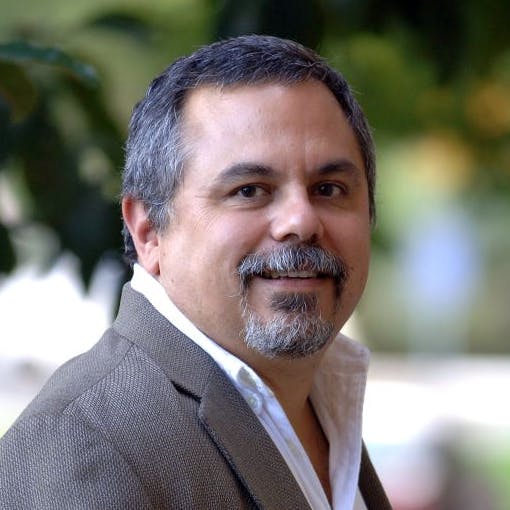 Presumption No. 1: Latinos who vote generally speak English, not Spanish, most of the time.

Presumption No. 3: If White Catholics are disproportionately enrolled as Republicans, the same must be true of Latino Catholics.

Fallacies all, according to scholars who track both the rising ranks of Latinos living in the United States — a group whose growth is outpacing all others — and what they describe as myth-making over how that growing population is reflected at the ballot box.

“‘Latinos are going to be a force to be reckoned with’ is what you hear in relation to growth of the Latino population. Given their numbers in some areas, that growth is explosive. The reality is much more nuanced than that … In the 2012 election, if we conflate the size of the population with the potential to vote, we’ll be on the wrong side of the prediction,” said Dr. J. Salvador Peralta, a University of West Georgia political scientist whose teaching and research focuses on, among other areas, immigration policy, legislative development and the impact of redistricting on Latinos in the South.

Particularly in the rural South, Peralta added, Latinos do not reside in high enough concentrations to tip the ballot one way or the other.

A host of other factors also are at play. While, on one hand, Republican lawmakers in Washington, D.C. mainly opposed the largely Latino-supported Dream Act, granting access to college aid to undocumented immigrant students, a sizable number of Latinos also were upset by Democratic President Barack’s Obama’s prior deportations of undocumented people. In a nation whose politics are dictated mostly by those two parties, which party does the Latino voter choose?

Furthermore, until pollsters dig deeper into the everyday lives of Latinos and their families, precisely forecasting their vote — and what’s behind those votes — will be difficult, scholars said.

“The myths about Latino voters are everywhere and, in some cases, pretty ridiculous,” added Dr. Gary Segura, a Stanford University politics professor and chairman of its Center of Comparative Studies in Race and Ethnicity Chicano/a Program.

In 2007, he launched Latino Decisions, a nationwide polling organization, with Dr. Matt Barreto, a University of Washington political science professor and director of its Center for Ethnicity and Race.

“We got a chance to collaborate on a project, a national poll,” Barreto said. “We recognized through that process that, though there were a lot of really good and capable pollsters in Washington, D.C. and elsewhere, many of them just didn’t have even a basic understanding of the issues, the cultural issues in the Latino community. And so, they treated their Latino projects like any other projects … There’s a big, big gap.”

These, however, are among the quantifiable, certain conclusions, the polling duo said:

Among the incorrect conclusions by politicians and pollsters alike are the misconception that Latino voters are mainly English-speakers and that non-voting Latinos “are all Spanish-speakers, the housekeepers,” Barreto said. “The fact is that many of us are engaging the system, in our daily lives, in English and in Spanish.”

Another misconception is that stereotypically macho Latin men dictate how their households will vote. “In fact, the political decision-makers, are overwhelmingly women, the mother of the household, not the father,” Segura said. “Forecasting correctly is a matter of bringing cultural competency to the scientific competency.”

University of West Georgia’s Peralta agreed. “Politicians and the public in general see the growth. It’s clearly evident if you walk down the street, walk to mall … 10 or 15 years ago, Latinos were not as ubiquitous throughout the U.S.

“Still, the general perception is that it is a monolithic group … Latinos have divergent interests and often times competing interests. On some issues, Latinos are united, such as on immigration … But there are other issues: Abortion, the role of government in our daily lives. We cannot assume that all Latinos have the same position on every question.”

Until — and unless — pollsters and politicians begin to understand that reality, the number of Latinos who are inclined to vote will unlikely match the numbers who are eligible, scholars said.

“I came to this [work] because it was part of my broader research work on [political] representation,” Segura said, “and part of a core belief that Americans of all stripes should have a chance to have their voices heard in the electoral process. What motivated us most was that good data was hard to come by … Decision-makers were using bad information … The only way to push back against that is to add some facts.”