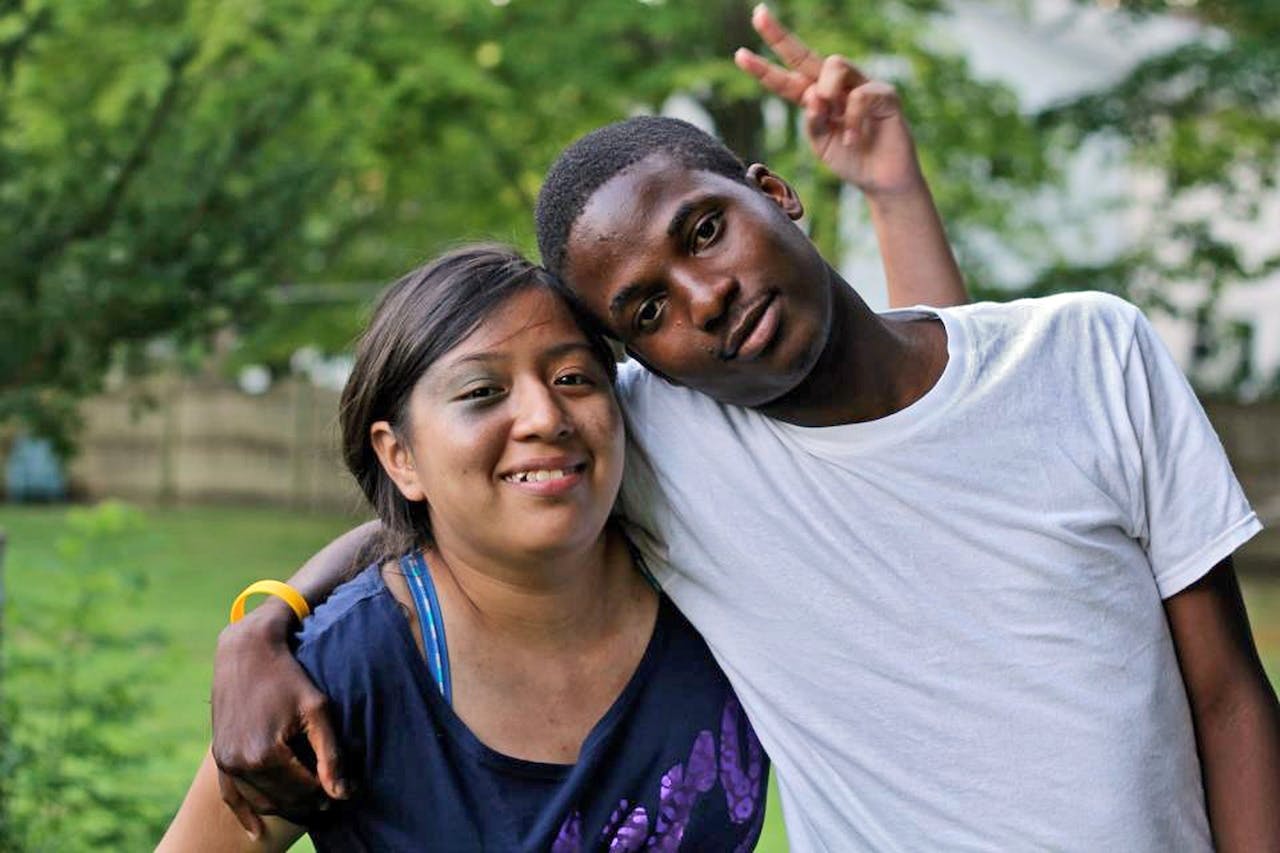 Some undocumented immigrants fear that, even though they apply and are approved, work permits could be taken away since deferred action is not a law.

When President Barack Obama announced that he would direct the Department of Homeland Security to grant deferred deportation and a work permit for two years to undocumented immigrant youth who meet certain criteria, he renewed hope for a better future for a million young people.

“There aren’t really words to express how we felt at that time,” says Lorella Praeli, policy coordinator for the immigrant advocacy organization, United We Dream. Since the June 15 announcement, tens of thousands of people like Frida, 18, an undocumented student at San Jacinto Community College in Texas, have started to gather personal documents and apply for the program.

The teen, who did not want to disclose her last name for privacy reasons, says she first went to the Mexican Consulate to get official identification to provide the U.S. government for her application. Her aunt then sent her the forms to fill out and send in. Yet, the jargon-filled documents stopped her in her tracks and fear started to set in.

“When you turn it in, you’re turning in everything and you’re saying, ‘Hey, here I am, and I’m illegal,’” says the high school senior who will be graduating next year with an associate degree. “It’s not a legal document yet. The DREAM [Development, Relief, and Education for Alien Minors] Act has not technically been approved by every legislative branch that needs to approve it.”

According to guidelines set out by the federal government last summer, undocumented immigrants who entered the United States before turning 16 years old, were under the age of 31 on the day President Obama made the pronouncement, have continuously stayed in the country since June 15, 2007, and are currently in school, have graduated, earned a GED or are veterans of the U.S. Armed Forces are eligible to receive protection from deportation for two years and permission to work—that is, if they have not been convicted of serious crimes.

Lauren Burke, an adjunct law professor at Brooklyn College of Law and a counselor at the community organization, Atlas: DIY, says it’s not surprising that there has been so much miscommunication about the president’s deferred action program.

“The confusion lies in questions like: In what status did you enter the United States? Now, an immigration attorney might know to put ‘Entered without inspection,’ but a young person wouldn’t necessarily know what is immigration status,” she says, noting that, in most major metropolitan areas, young people are seeking attorneys to apply, but that, in more rural areas, resources are harder to find. In more isolated immigrant communities, “lawyers are charging upward of $2,000, which is (an) unattainable sum for young people,” says Burke.

To remedy this, Atlas: DIY has started a series of YouTube videos for young people who don’t have access to legal help and a Tumblr account to provide support for DREAM Act youth and is organizing a deferred action reunion this fall to connect those who have been approved with prospective applicants.

“DREAMers have been here since they were 1 or 2, and all their lives they have lived with the stigma of being undocumented and all the fears that are very much a part of that. And now they get to come out and put themselves out there,” says Praeli, who has also been reaching out to undocumented students through her organization. United We Dream has held workshops everywhere from Los Angeles to Connecticut in recent months on applying for deferred deportation.

In addition to the dispersion of more information on the application process, U.S. Citizen and Immigration Services also came out with a declaration that the agency would not be turning over applicants to Immigration Customs Enforcement unless an applicant has committed a felony, three or more misdemeanors or a significant misdemeanor, or fraud on the forms.

“I think that a lot of the fears have been alleviated by USCIS coming forward and saying, ‘We’re not going to be referring cases to ICE unless they fall in these categories. We’re not going to be sharing information about family members,’” says Burke. “There still is a fear and hesitation, but I have actually been surprised by how many people are going for it.”

Burke’s clients have been getting creative in proving they have been in the country continuously since 2007, from sending in photos in front of notable U.S. landmarks like the Statue of Liberty at a young age to elementary school class pictures to report cards to high school transcripts. USCIS published that more than 82,000 applications had been received by Sept. 13, 2012, and more than 63,000 of those had been approved for biometrics appointments, about 1,600 had been adjudicated, and only 29 work permits had been issued.

It’s not a high number, but Praeli points out that all of these processes take time. “I think that we’re going to be seeing a higher number of approvals, but it’s going to take some time,” she says, adding that she expects a huge surge in applications now that President Obama has won re-election.

Indeed, one of Frida’s fears is that, even if she applies and is approved, her work permit could be taken away since deferred action is not a law. “It’s only as good as the assurances of political appointees at any given time,” says Crystal Williams, executive director of the American Immigration Lawyers Association. Still, there is also some legal precedent that protects applicants, says Williams. Temporary Protective Status has been issued in the past for immigrants from countries that have experienced severe natural disasters or wars.

“What is different here (with deferred deportation) is that the agency has set down a set of criteria. It’s not a completely bright line, but it’s a fairly bright line as to who they will exercise this discretion for and who they won’t do it for,” she says.

With Obama back in office, students and activists are much more confident that deferred action status won’t be swiped away and that a more permanent solution will come. Katherine Archuleta, national political director for the campaign, says deferred action “is only a temporary solution, and President Obama remains committed to passing the DREAM Act and a comprehensive immigration system and has reaffirmed his commitment to strengthening our economic competitiveness by creating a legal immigration system that rewards hard work and demands responsibility.”

While Frida plans to hold still with her application until she hears of more outcomes, she hopes that this one day will allow her to continue her studies at the University of Texas at Austin and become a lawyer.

Many colleges and universities, in fact, are gearing up to welcome more undocumented students like her. For example, Hampshire College in Massachusetts announced this summer that it was launching a financial aid fund for undocumented students. Burke, who traveled to college campuses this summer for a program called College Access for Migrant People (CAMP), says most of the deferred deportation applicants are looking to finish school or go back to school because they now believe they will actually be able to use their education in a profession.

“It gives people hope, and education and hope have a way of going together,” Williams says.