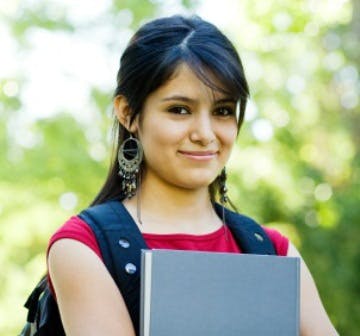 With their growth reflecting dramatic demographic change in the nation’s most populous state, Latinos this academic year became the largest ethnic group among California applicants for the 2013-14 freshman class at the nine University of California system schools. The development coincides with the number of applications from California increasing 6.2 percent over last year to reach an all-time high of 99,129, the University of California (UC) system has reported.

“This is the ninth year of record all-time highs. In general, students are applying to more colleges, whether they’re hedging their bets or what have you,” UC system spokeswoman Dianne Klein told the Los Angeles Times.

Among individual schools, UC Santa Cruz saw the largest jump with a 16.9 percent increase in freshman applicants. UC Merced had the second biggest applicant jump at 16.6 percent, and UC Berkeley experienced the lowest applicant increase at 9.7 percent. As usual, UCLA had the highest total number of applications with 99,559 freshman and transfer applicants.

In addition, 45.7 percent of freshman applicants, if successful as UC students, said they would be the first in their families to complete college, a jump from 44.5 percent from last year.

The share of applicants from California’s most academically disadvantaged schools and from low-income backgrounds remained stable, at 24 percent and 39 percent respectively. “These outcomes are consistent with the university’s efforts to expand consideration for admission to a broad range of students,” according to the UC.

Experts say it’s not surprising to see growth among Latinos seeking access to UC system schools. “I think in some ways it’s reflective of the population growth, not just in terms of absolute numbers, but among those that are college-ready in California,” says Deborah Santiago, vice-president for policy and research at the ¡Excelencia! in Education advocacy organization.

“It’s not a surprise that we see an increase in Latino representation in the applicant pool. I think that’s a good thing,” Santiago notes. “For me, it’s looking at the actual admissions and what that means for the universities … in terms of representation of the residents in California and whether there’s parity in that representation, which overall there isn’t.”

Santiago says it’s also important to look at the breakdown of where Latinos are actually enrolling. She notes that in a forthcoming list of Hispanic-serving institutions that her organization and the Hispanic Association of Colleges and Universities (HACU) will soon release, the only UC schools making the list are UC Merced with 37.3 percent Latino enrollment and UC Riverside, which is 33.7 percent Latino. Institutions are required to have 25 percent Latino enrollment to be designated as an HSI.

“There’s a concentration of Latinos at some campuses more so than others. [That’s true] at UC Santa Cruz, UC Riverside, UC Irvine, [and UC] Merced, but not so much at UCLA and UC Berkeley,” she says.

Dr. Mark Hugo Lopez, the associate director of the Pew Hispanic Center research organization, contends that the UC application “numbers in California actually look like what we’ve seen in other parts of the country.”

“That is, across the board, there is a growing number of young Latinos attending college … and perhaps the applications to elite universities like the UC schools [are] a reflection of the growing preparation among young Latinos,” he says.

Lopez says the factors that are motivating Latino students to seek admission in large numbers to schools in an elite research university system have not yet been researched. “One of the things that is clear is that, at least nationally, we’ve seen that more Latinos are prepared to go to college, meaning at least they’ve completed high school. So that dropout is starting to fall, and that suggests that’s more than just demographics at work here.”