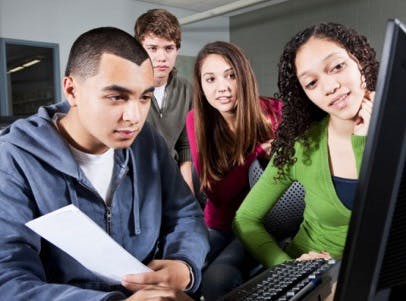 Though Latinos make up 38 percent of California’s population, only 11 percent of Latino adults have earned at least a bachelor’s degree.

Released Tuesday by the Campaign for College Opportunity organization, “The State of Latinos in Higher Education in California” report contends that such policies are needed “if the California economy is to have the college-educated workforce it needs.”

Currently, Latinos make up 38 percent of California’s population and are estimated to reach 50 percent just after 2050. However, only 11 percent of Latino adults have earned at least a bachelor’s degree, compared to 39 percent of Whites, according to the report.

“[Californians] must find ways to significantly improve college completion rates among Latinos,” states the report, which is the first in a series that will address other California state higher education issues such as African-American degree attainment. “There is no other reasonable solution given the population dynamics of California today.”

Michele Siqueiros, the Campaign for College Opportunity executive director, said Tuesday that the report acknowledges both good and bad news about California Latinos and higher education. The good news is that “there’s record numbers of Latinos that are graduating from high school and going to college, surpassing all ethnic groups [in 2012], according to research by the Pew Hispanic Trend Project,” noted Siqueiros during a webinar event she moderated that highlighted the report.

“And surveys continue to confirm that Latinos have very high aspirations,” she continued. “Latino parents are very supportive of their children getting a college education. In fact, 92 percent of them believe that a college education is very important.”

Besides racial and ethnic group comparisons, the report provides a look at Latino representation within California’s postsecondary systems. The report reveals that Latino representation in the state’s community colleges, California State University system and the University of California system all fall short of the 46.7 percent mark Latinos make up among the 18- to 24-year-olds in the state. Among the three sectors, Latinos have the highest representation in the community college system, comprising 38.7 percent of the students.

The report’s recommendations are as follows:

1)    Create a statewide plan for higher education that sets statewide and college-by-college benchmarks for increasing Latino enrollment and completion rates, and for decreasing the number of students and time spent in remedial education courses.

2)    Fund colleges for both enrollment and success that creates incentives for increasing graduation and completion rates.

3)    Improve statewide coordination between high schools and colleges on college preparation and assessment.

4)    Invest in services students need to succeed by prioritizing resources that support student success and completion, including orientation, counseling and services to close information gaps for low-income, first-generation Latino students.

5)    Strengthen financial support options for students that ensures all eligible students apply and receive federal and California student aid for which they qualify.

Robert Lapsley, president of the California Business Roundtable organization, said the business leaders in his organization are committed to working with the Campaign for College Opportunity to help bring about the leadership and policy changes needed to ensure development of a high-quality workforce.

“Our members are gravely concerned that it’s not just preparation for the workforce of the future; it’s really about not creating a two-tier economy, or a two-class California, but rather an integrated economy,” said Lapsley during the webinar.

He praised the report, adding that, “if we don’t take this work and be able to translate it into credible public policy solutions, we are not going to be able to resolve [the workforce development] issue and California long-term is going to suffer.”