A Glimpse Into the Lives of Undocumented Students 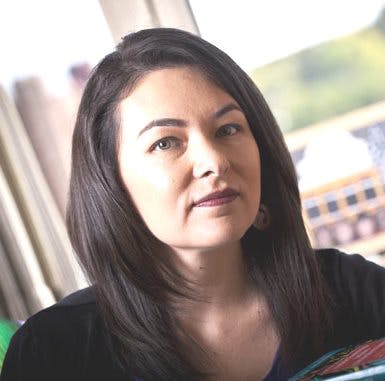 “I was super involved in high school. I was in everything that I could be in because I thought it would help me get to where I wanted to be and go to a great school and do all these wonderful things. And it just kind of hits you that that’s not going to be you. Everybody else is talking about all of these things that they’re doing and looking at colleges, and filling out applications, and doing all this stuff, and you stare at applications that ask if you’re a citizen or not and you’re just kind of like, ‘well, (shoot), I don’t know what I’m supposed to do.’” (Karina, Undocumented College Graduate)

Over the past six years, I have been honored to peek into the souls and lives of undocumented youth through my research. Currently, there are 11.7 million undocumented immigrants residing in the United States, 30% live below the poverty line, and children account for 1.9 million of the undocumented population. However, these immigration numbers have faces.

Karina and I first became acquainted at a DREAM Act town hall meeting in Los Angeles during the summer of 2010. As one of four panelists to retell their personal narratives, her tenacity and wit captured my attention as I watched her fire back against an audience member for critiquing the military services element in the DREAM Act by stating, “We are critical thinkers, let us decide what is best for us.”

Karina was born in Mexico and brought to the U.S. at the age of four. She grew up in Kansas City, Missouri, and was actively involved in her community and school. Karina was told, if you work hard and do well in school, you could be anything your heart desires. She always knew about her undocumented status but never knew the magnitude of its impact until she started to plan her life after college.

As one of the 65,000 undocumented high school students who graduate every year in the US, she asked her school principal for assistance on how to navigate her college application process. The response from her principal was, “I just don’t understand what you are doing here?” She asked for clarity, “Do you mean in school or in this country?” He responded, “Both.”

Feeling humiliated and defeated, Karina would seek help from trusted teachers and community members. After a last minute partial scholarship inquiry to a private college near her hometown panned into an opportunity, she would spend the next nine years obtaining her college degree, while stopping in and out of school to work and save enough money to pay for her tuition, fees, and living expenses. While in college Karina disclosed her legal status with those who “had to know” and found compassionate faculty members who understood the extraordinary number of hours she worked each week, which left her little time for studying.

Like many undocumented youth who have college aspirations but are limited by financial means and access options, they experience depression and anxiety, and even contemplate suicide because living with the stigma and shame of their legal status is an incredibly heavy burden—one that takes an emotional toll on their spirit.

Since December 2010, when the DREAM Act failed to garner enough votes on the Senate floor, I have become increasingly frustrated by the lack of action by the federal government, but even more so, by how state political ideologies have dictated inclusive and exclusive tuition and funding policies for undocumented students.

Yet, we cannot ignore the strides that have been made on college access for undocumented students over the past decade. Currently, 18 states have in-state tuition policies for undocumented students, the state of California has created DREAM centers in many of the University of California System institutions, Deferred Action for Childhood Arrivals (DACA) has provided well over 600,000 undocumented individuals with a two year renewable work permit, and most Jesuit private institutions have provided seamless access to financial resources and admissions. Most recently, the Association of American Medical Colleges has expanded fee assistance for DACA recipients and the U.S. Department of Defense will allow undocumented immigrants to serve in the military.

These victories provide some relief. However, higher education can be doing more.

If higher education is truly interested in cultivating campus climates of inclusion, equity, diversity, and social justice, should they exclude undocumented students from enrolling in college? Take the State of Georgia, for instance. In 2010 the State Board of Regents passed a new admissions policy stating that all students seeking in-state tuition rates much demonstrate their “lawful presence” and undocumented students were therefore barred from enrolling in five of the selective institutions in Georgia. According to the Migration Policy Institute, Georgia currently has 84,000 DACA-eligible individuals, which includes those who will be eligible for DACA in the future.

Higher education needs to consider the economic and sociopolitical factors when choosing not to provide a pathway to postsecondary education. What are the societal impacts of these exclusionary practices within the higher education context?

Silence is the residual of fear. I believe the rationale to exclude students based on their legal status is about fear, racism, classism, and political gains. As educators we cannot sit idly as we watch politicians dictate the livelihood of our students.

Immigration is a human rights issue. We cannot call ourselves feminists unless we understand how immigration impacts women and children in detention centers. We cannot call ourselves social activists unless we learn to understand that legal status intersects with gender, sexual orientation, race, and abilities. We cannot fully address the mental health issues in the US, without ending deportation. The fear of deportation has caused family separation, mental trauma, and depression in the immigrant communities. Higher education cannot truly engage in diversity and inclusion when administrators stay silent about the needs of undocumented students. I ask the change agents of higher education, what are you afraid of?

I invite you to stand in solidarity with Karina, along with thousands of undocumented youth who have been at the frontlines demanding to live in the country they call home without fear of deportation, with dignity, and with a structural pathway to legal status. If you ever meet Karina, you would say to yourself, “all is well in our universe” because this revolutionist woman is working to make our community better for you, for me, for others, and for her family.

Susana Muñoz is an Assistant Professor of Higher Education at the University of Wisconsin-Milwaukee. This essay was written as part of the Salzburg Global Seminar (SGS) – Students at the Margins and the Institutions that Serve Them that is under way in Austria. #SalzburgMSI The SGS is sponsored by the Penn Center for Minority Serving Institutions, Educational Testing Service, and The Kresge Foundation.