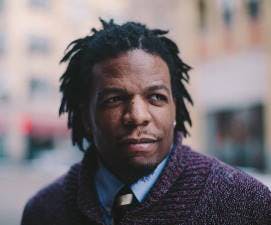 When it comes to suicide prevention, awareness and support can’t be limited to just one month. During Suicide Prevention Month, we honor those who increase awareness and take action in communities every day. As leaders of Teach For America’s LGBTQ Community and Native Alliance Initiatives, we can’t sit silent in this work. Together, we must acknowledge the work that is still left to be done.

Too often, we hear statistics that frame the inequity amongst students in our communities, but to continue the fight against educational equity, we must also face another barrier head on that impacts students and keeps them from achieving and leading successful lives — suicide. Native and LGBTQ youth attempt and commit suicide at disproportionately high rates. Suicide is the second leading cause of death — and 2.5 times the national rate — for American Indian and Alaska Native (AIAN) youth aged 15 to 24. Lesbian, gay and bisexual youth are four times more likely to attempt suicide as their straight peers — and questioning youth are three times more likely.

But, this is an issue that impacts all children. According to the World Health Organization (WHO), nearly 3,000 people on average commit suicide daily. And among youth between 10 and 19 years of age, suicide is the third leading cause of death, ending their lives before they are old enough to accomplish things in life we often take for granted, like driving a car or graduating from high school.

This issue is more than figures and stats. Suicide is impacting the lives of kids, families, friends and communities every day in immeasurable ways. This hits close to home for both of us.

In Robert’s hometown of the Pine Ridge Reservation in South Dakota, more than 18 young lives have been lost to suicide since December, prompting the second State of Suicide Emergency declared by tribal officials in five years. He remembers the pain and agony he and his family faced when his niece committed suicide at 15 years old, more than two years ago. She hung herself in the basement of her grandmother’s house. Robert continues to ask himself what more could have been done and how can we ensure other Native youth don’t face a similar fate.

Tim’m has accomplished many scholastic and artistic pursuits, but not without obstacles. On a dark evening on the outskirts of Taylor, Arkansas, at the age of 16, he took several pills in an attempt to take his life. Growing up with an early awareness that he was attracted to both boys and girls, all the religious fasting and praying, all the compulsory attempts at heterosexual dating, had failed. And the belief that he’d failed God, his family and community made him feel that he had nothing to live for and amplified his silent pain.

These experiences drive our work to advance safer schools and communities for Native and LGBTQ students. Each time we hear about another young person taking their life, we relive these realities.

As we prepare our students for college and career and help to ensure all students receive an excellent education, we must continue to raise awareness of the critical importance of our students’ mental health and wellness inside and outside the classroom. A student may not feel safe at school, at home or their community.

Advancing dignity for students, teaching them in culturally responsive ways that connect what they learn to the positive potential of who they are and what they can achieve should be the measure of inclusiveness that we advance for classrooms and schools. It is important that our students have adequate emotional and mental health support, resources and opportunities to share their voice so they don’t make an irreversible decision.

Family, teachers, friends and community members can help see warning signs. We can all help spread information about suicide awareness and decrease stigmatization. Commit to sharing the narrative of suicide prevention in your school or local community and empower others to take action and become informed so our youth no longer suffer in silence. For more information and resources, you can call the National Suicide Prevention Lifeline at 1 (800) 273-8255.