Just 15 years ago, very few people were talking about diversity and inclusion on college and university campuses the way they are today. Dr. Carmen Suarez, vice president for global diversity and inclusion at Portland State University, has been one of the administrators leading the charge to make school environments more welcoming to students of all backgrounds and identities. 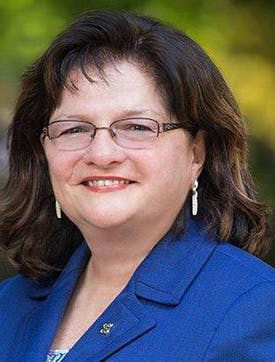 “It used to be you’d try to talk about how you felt treated differently, and people would say, ‘I think you’re being a little oversensitive,’” Suarez says. “Now we can say, ‘This is something real.’”

Suarez arrived in her current role after a varied career working in a multiplicity of roles, from organizing migrant farm workers to working for the private sector. Prior to accepting her current position at Portland State, Suarez was chief diversity officer of the University of Idaho. The unifying thread throughout her career has been her commitment to social justice and public service.

Today, colleges and universities give more thought to improving the post-secondary experience of students of all backgrounds.

Yet advances in the field do not mean the work is over, Suarez cautions. Professors of color are still vastly outnumbered on the majority of college campuses, even as student populations are becoming increasingly diverse. While there are solutions to systemic problems, Suarez says, it can at times be challenging for institutions to implement them.

“We know what we have to do, it’s just hard to do it,” Suarez says.

In part, the new focus on diversity and inclusion is a reflection of changing demographics as the nation moves toward becoming “majority minority” over the next several decades.

“Everyone wants to keep their universities open and vibrant and successful,” Suarez says.

Yet diversity does not mean racial and ethnic diversity alone, Suarez points out. At Portland State, her work also includes considering how to best accommodate the needs of so-called “non-traditional” students and considering how campus policies might impact homeless populations.

“I have been tremendously lucky to work with staff and colleagues across campus that by and large were very committed to this work,” Suarez says.