Colorado, the second most-educated state in the nation, has a college-attainment gap between White and Latino residents that is the worst among the nine states with the largest Latino populations.

The wide disparities are highlighted in a new report out by the Center on Education and the Workforce at Georgetown University’s McCourt School of Public Policy. Highlights of “Rocky Mountain Divide: Lifting Latinos and Closing Equity Gaps in Colorado” paint a stark picture: 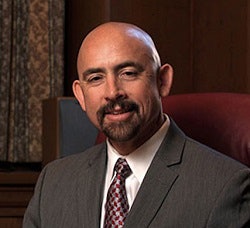 • Among those who attend a public college in Colorado, 39 percent of White students eventually earn a bachelor’s degree compared to 19 percent of Latinos.

• While 89 percent of White children in Colorado have at least one parent with some college education, that’s true of only 51 percent of Latino children.

• About 31 percent of Latinos receive a postsecondary credential within five years compared to 49 percent of Whites.

Even though Colorado ranks near the top nationally in terms of a college-educated population, its on-time high school graduation rate is the fifth-lowest which, like in other states, is even more marked among the Latino population. Seventy-seven percent of Coloradoans graduate from high school within four years, lower than the figure of 83 percent nationally. Latinos in the state fare worse, with 68 percent finishing high school within four years compared to a 78-percent national average for Latinos.

“The numbers don’t lie. They are what they are. And they’re unacceptable,” said Joe Garcia, president of the Colorado Community College System and a former lieutenant governor.

Garcia, who said he wasn’t surprised by the research findings, has been at the forefront of addressing the equity issues as former executive director of the Colorado Department of Higher Education (CDHE) and past president of Pikes Peak Community College, a minority serving institution (MSI), and Colorado State University – Pueblo, a Hispanic serving institution (HSI).

As tends to be the case in other states, Latinos – and African-Americans – in Colorado have lower rates than Whites of high school graduation, college readiness, post-secondary school enrollment and persistence in college, Garcia noted. Although Colorado has made improvements in all four areas, there’s a long way to go to, he told Diverse. 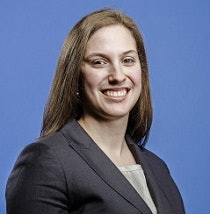 “We need to address these areas at every step of the way,” Garcia said, also mentioning the challenges presented by so many Latino students being low-income and first-generation college students. “It’s been part of the state’s master plan goals for the last five or six years. The good news is that there’s an awareness and there’s a focus now at the post-secondary institutions. But we just need to do better. And more.”

Additional statistics in the report substantiate his observations.

Additionally, more than half of Latino high school graduates enroll in certificate or associate’s degree programs compared to 33 percent of Whites

Latino underrepresentation is even greater on the campuses of the state’s selective public colleges. While 65 percent of Whites with ACT scores in the top quartile enroll in selective public colleges in the state, only 53 percent of Latinos scoring similarly join them at those schools. Students at selective colleges tend to be more likely to graduate, and Latinos who attend public selective schools in Colorado graduate at a rate of 70 percent within five years compared to 40 percent at public open-access colleges.

That fact gets to Garcia’s assertion that “the more selective institutions need to step up and make a commitment to supporting minority students on their campuses.”

Dr. Megan L. Fasules, a research economist at Georgetown and a co-author of the study, said improving the high school graduation rates of Latinos appears to be one of the keys to achieving equity in college attainment.

“Without a doubt, more Latinos need to graduate from high school in order to have a fighting chance of earning the middle class incomes that Whites in Colorado are more likely to enjoy,” she said. “That’s one area in Colorado’s college-to-career pipeline that needs significant attention.”

The Georgetown Center collaborated with CDHE about what the research team might consider studying, and the topic was based on CDE’s interest in an equity focus on college attainment, Fasules said.

CDHE has been tracking the trends outlined in the report “for more than a decade, and we know we must do better by our Latino and Hispanic students,”  said CDHE executive director Dan Baer. “That’s why equity is at the heart of our statewide master plan, ‘Colorado Rises.’”

Baer said the state – one of nine with more than 1 million Latino residents – has seen “consistent increases in credentials earned by Latino and Hispanic students” over the last several years, with degree attainment rising from 18 percent in 2012 to 28.8 percent this year.

“But we still have a long way to go,” he said. “Hispanics and Latinos are the fastest-growing population in Colorado and make up the largest share of our future workforce. To have a viable economic future, it’s critical that we build on our progress and redouble our efforts to raise attainment rates. Alongside our institution partners, we are working hard to ensure Colorado’s minority students find an education pathway that complements their individual talents and interests, which is why we’ve already made progress on so many of the recommendations outlined in the report.”

Dr. Anthony P. Carnevale, the report’s lead author and director of the Georgetown Center, said the study highlights a “huge opportunity” for Colorado to close the wide post-secondary attainment gap between its White and Latino residents.

“As the fastest-growing racial and ethnic group in the state,” he said, “Colorado would do well to ensure that Latinos have access to the right college and career guidance.”