According to a report from the Association of Public and Land-grant Universities (APLU), African-American and Hispanic students earning engineering degrees remain underrepresented despite an increase seen in recent years and a growing demand for workers in the industry.

The APLU’s 2018 “Status Report on Engineering Education: A Snapshot of Diversity in Degrees Conferred in Engineering”, funded by the National Science Foundation, used data from all universities and colleges with engineering programs in the United States during the 2010-2011 and 2015-2016 academic years. 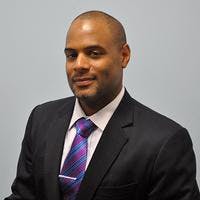 APLU, an organization that aims to strengthen the work of public universities in the U.S., Canada and Mexico, found that in 2016, Hispanic students constituted 19 percent of college undergraduates but only 11 percent of all engineering degrees. The gap remained consistent with Black students.

The low numbers of engineering degrees are due to access barriers, which begins at the K-12 level.

“If you are familiar with the pathway for those math requirements, they actually start in middle school,” said Dr. Eugene Anderson, vice president of access and success at APLU and the lead author of this report. “If your child is essentially not put on the right track for math starting in seventh grade, they will not reach that advanced level by completion of high school.”

Anderson believes there is a “structural barrier” in the K-12 education level. Many engineering programs require an advanced level of math that often isn’t available at urban and rural poor public schools.

“Those minority students who make it to college are still not able to actually enroll in engineering,” he said.

The report also found a gap between gender groups. For example, women earn a majority of all bachelor’s degrees within each racial and ethnic group other than engineering. The number of women earning engineering degrees ranged from 19.4 percent for White graduates to 26.8 percent for multi-racial graduates.

In terms of the graduate level, in 2016, women earned the majority of master’s degrees but earned less than 30 percent of engineering master’s degrees, according to the report.

“It is a pretty stark contrast to see how women are the overall majority but in this one field, they are in a very small share of the degrees awarded,” said Anderson.

In terms of further research, the NSF funded a second study that will analyze the link between this report and workforce demands. Additionally, there are plans to further study retention rates among engineering degrees.

“We know that there is a retention issue but we want to explore exactly where it is now and find examples of what institutions are doing to improve the retention and success of underrepresented groups,” said Anderson.