The Future of Research and Practice about MSIs

Today, there are more than 700 minority serving institutions (MSI) designated by the federal government that represent 14 percent of all degree granting institutions of higher education. These institutions enroll nearly 30 percent of all undergraduates in the U.S. and carry the heavy load of ensuring the success of a student population that is majority Pell Eligible and students of color, two populations that are often overlooked. Higher education supporters have noted the importance of MSIs in ensuring that the United States maintains its global economic impact. As the MSI sector has grown, the breadth of these institutions has increased in size, resources, mission and several other factors. Unfortunately, the research on these institutions has not grown at the same rate as MSIs, which makes it difficult to determine their true impact. Below is a summary of the various MSI institutional types. 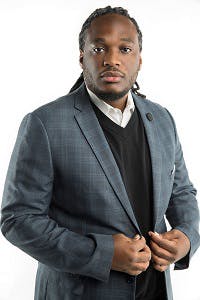 Considerations for the Future

Looking to the future, there are critical questions yet to be answered regarding the future of MSIs. Given that MSIs are not a monolith, it will be important for researchers to conduct rigorous research that addresses the needs of MSIs as a whole and for distinct MSI types. Researchers find it difficult to conduct rigorous research on MSIs due to the lack of markers for each group — HBCUs notwithstanding — within the Department of Education databases like IPEDS, College Scorecard, or sample surveys like NPSAS, making it virtually impossible to compare within and among MSI types or to the broader population of colleges and universities in America.

There are fundamental questions that need to be answered if we are to move MSIs forward in the 21st century. Some of these questions include, should certain institutions continue to embrace the MSI name? Who benefits from the term MSI? How has the moniker/designation of MSI helped or not helped these categories of institutions advance their missions collectively and by individual MSI type (i.e. HBCU, TCU, HSI, etc.)? On what topics and areas of work should MSIs partner across sectors and on which should they fight to maintain their autonomy? Should enrollment criteria have primacy for securing an MSI designation?  How do we ensure that students attending MSIs understand and value the unique mission of these institutions? This is important as some students attending certain MSI types resent the label as some do not believe a distinction should be made regarding institutional types based on the racial and ethnic composition and history of these institutions.

We believe, as researchers that study MSIs and the students that they serve, that we must always watch with a fair but critical eye regarding the ways in which public and private support comes to these institutions. As the funding environment for all colleges and universities continues to become more challenging, it will become more incumbent for MSI researchers and leaders to develop self-sustaining models for MSIs to thrive. We also need to ensure that those institutions that take on the MSI designation are truly committed to the sacred task of preparing students of color and not just securing it as a label for their schools to access additional resources. More professors at MSIs should be empowered and financially supported to study the issues impacting their institutions to assist in creating informed solutions to their own challenges. We believe the future is bright for MSIs and that credible rigorous research is one critical component in strengthening these institutions that play an outsized role in facilitating the advancement of students of color.