As colleges and universities work to reach enrollment and college completion goals, increased focus has turned to the Hispanic populations in their communities.

Earlier this year, Dalton State College became the first institution in the state of Georgia to receive o­fficial status as an Hispanic serving institution (HSI). While Texas and Florida have numerous HSIs, Dalton State is a rarity in the Southeast.

In order to apply to the U.S. Department of Education for HSI designation, a college or university must be an accredited, degree-granting institution with at least 25 percent full-time-equivalent undergraduate Hispanic enrollment. Introduced in 1995 with 189 institutions, HSIs presently number 523 across the U.S., and such institutions are eligible to receive federal funds to further their educational mission. 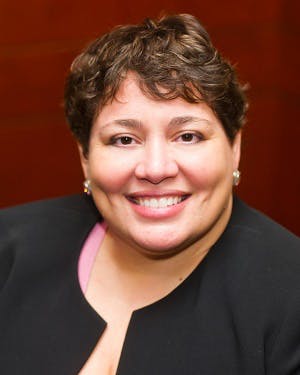 Colleges and universities eager to recruit students can look at the K-12 student population to see potential students, says Dr. Deborah A. Santiago, CEO of Excelencia in Education.

“The education pipeline is going to be full of Latinos because we’re young and fast-growing,” says Santiago.

Santiago says many institutions are taking a look at what the Latino populations look like in their communities and are seeking out community-based organizations to learn more and make valuable connections.

“Get educated about the Latino community where you are and be informed with data, because that’s what’s going to compel decision-makers and those that have money to invest,” says Santiago. “Identify community-based organizations and those trusted in the community. Partner with them to make sure you’re an effective pipeline.”

For the past decade, Excelencia has published an annual list of “Emerging Hispanic-Serving Institutions” that looks at schools with between 15 percent and 24.94 percent Hispanic student populations. On the 2017-18 list, there is one such institution each in Arkansas and Louisiana, two each in Georgia, Oklahoma and Virginia and six in North Carolina.

“The other thing we’re testing is this idea of what it really means to serve students,” says Santiago. “Why 25 percent? Is that just an arbitrary threshold? You could be serving Hispanic students at 20 percent and you could have 35 percent Hispanic enrollment and not do anything differently for Hispanic students.”

Over the past five years, 19 institutions in the Southeast have joined the Hispanic Association of Colleges & Universities (HACU). And 54 schools from the Southeast attended HACU’s 2018 annual conference, which was held for the first time in Atlanta.

“They want to learn how to do their work better with respect to Hispanic success in higher education,” says Dr. Antonio R. Flores, president and CEO of HACU. “They interact with the institutions that have been HSIs for a long time and learn from them. They come to our conferences and learn new ideas and practices they can develop and implement in their own institutions. [And] find out about new resources they can tap to improve their capacity with respect to serving Hispanics.”

Quincy Jenkins, director of Hispanic-Latinx outreach and Summer Bridge at Dalton State College, says his position was created in 2013, several years before the college applied for HSI status. The college’s vice president saw the school’s changing demographics and decided to be proactive in addressing those changes.

“The first thing I would suggest is that institutions get intentional about targeting their Latinx populations on campus and in the community as a whole,” Jenkins says. “Research shows that the best way to retain students who identify as Hispanic or Latinx [is they] tend to come from a culture that values family decision-making at every level, so we have programs that do that.”

A grant from the Georgia Board of Regents allowed for the creation of a family-engagement program.

Dalton State is in northwest Georgia. Much of the local Hispanic population migrated to the area about 20 years ago to work in the carpet mills. Most of the college’s students are local, and Hispanic students share many commonalities with the rest of the student population — they’re first-generation, high-need commuter students.

Jenkins ­finds simple things, such as having a college brochure in Spanish, very meaningful. A key element is taking the word “serving” to heart, he says. 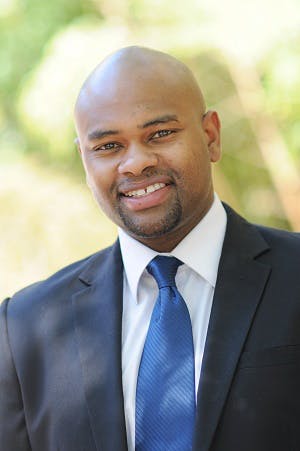 “Intentionality fosters a sense of belonging,” says Jenkins. “Instead of it happening naturally, we were intentional about having students come here and see we’re a Hispanic serving institution and what that means for our community and for Georgia.”

Given that most of the Hispanic students are commuters, it’s important to schedule programming to coincide with their on-campus schedules, administrators have found.

“Transportation becomes a huge issue,” says Román. “Having access to some of the campus resources that might close by a certain time and therefore might not be accessible. There is a whole range of unique needs that this population is coming in with.”

Santiago says it is important to pay attention to support networks within the institution to make sure they are prepared to have a campus climate that is conducive and welcoming, which plays a role in recruiting.

“Schools that want to serve a growing Latino population have to be aware what language needs are, to make sure that Latino parents are informed and engaged,” says Román.

Building trust with the community is a big issue. Not only do first-generation Hispanic college students need to learn how to navigate the academic space, they also often have to translate that information to their families. This includes complicated ­ financial and enrollment information.

UnidosUS recently conducted a series of listening sessions across the country with Hispanic students and their parents. One session was in Nashville, where it was shared that a number of Hispanic students attended the same institution because their parents had positive interactions with a representative of that school who spoke Spanish and guided them through ­ financial aid and other processes.

“Those parents then informed their networks that this particular institution had someone who was a resource, who understood the language, who took the time to explain things,” says Román.

“There’s an aspect of trust-building within a community and really engaging not just students, but also parents so that they feel like they are part of the process and that this institution is trying to look out for their children and meet their needs.” In addition to partnering with community-based organizations, partnering with K-12 schools is very effective, says Santiago. That enables institutions to prepare for the influx of Hispanic students, as does studying data and reaching out to national organizations such as Excelencia and UnidosUS.

“Organizations like ours can help connect you to others who’ve been through this and are figuring out how to better serve Hispanic students,” says Santiago.

Attending conferences such as HACU’s helps institutions build networks for administrators and faculty, all focused on Hispanic higher education success, suggests Flores, noting that colleges and universities in the Southeast should work with K-12 schools to help those schools better prepare students for higher education.

“There are things they can do to enhance the success rate of Hispanics as they move up the ladder to college,” Flores says.

“Articulate more effectively with school districts, particularly middle schools and high schools where a lot of Hispanics are concentrated, to help them move up the ladder more effectively.”