Why I Won’t Give Up on My Fraternity

When I joined my fraternity, I knew I made a commitment for a lifetime and not only during the years that I was in college. I was invested in joining the organization for the connections and opportunities it gave me as an undergraduate .It also gave me the opportunity to give back to my chapter through mentorship and to give back to the broader Latinx community through the work the fraternity does regionally and nationally. However, during the August-October months, when the fraternity leadership encourages undergraduates and alumni to remain active and pay membership dues, I am surprised by how many social media posts I see in brotherhood forums of members questioning the leadership, critiquing the fraternity at large, and resisting becoming part of the solution.

Due to the polarizing political climate and the long-due attention to racial inequities in the U.S., I am not surprised that the occasional critique of how Greek letter organizations perpetuate exclusionary practices, uphold racist values, subscribe to White supremacy, and do more harm than good on college campuses continue to surface. While one might think that these critiques are targeted to predominantly or historically White fraternities, I can assure you that multicultural organizations are, rightfully so, included in these critiques. This past spring semester particularly, many organizations, mine included, were called out on social media by women who were sexually harassed or assaulted by members and felt that their school and the fraternity did little to nothing to hold these members accountable for their actions. As more instances were brought to light, several organizations revisited policies regarding members accused of sexual assault and took actionable steps to address the toxic culture around sexual assault on college campuses and within Greek letter organizations. 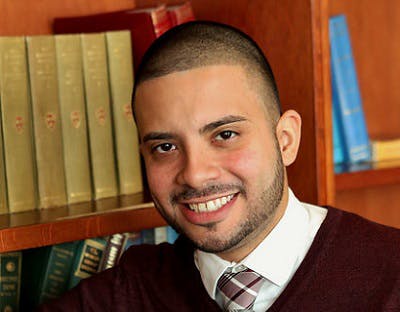 Although unfortunate and hard to deal with, I appreciate this happening because we are at a point where these issues can no longer be ignored or haphazardly addressed. While I am disappointed that members would choose to disassociate entirely instead of trying to become part of the solution, I can accept that they may feel that the organization is beyond repair or simply do not see how they can help. What is more frustrating, however, are those who choose to remain inactive members who critique, agitate, and gaslight, but are unwilling to educate, participate, and create fruitful opportunities for positive change.

I have hope for my fraternity. While I recognize that I do not have the capacity to hold leadership positions, I choose to remain active, to vote, and to give back to my chapter. I think about the good work that the fraternity is doing and has done for me personally. I know I would not be where I am today as the fraternity was my entryway into student leadership opportunities during college.

During the early months of 2020, I was navigating the academic job market, finishing my dissertation, and anxiously weighing what other options I would have as a career if I did not find a tenure-track position in the NYC metro-area. After finding out that I was not receiving an offer from the job I was confident about, the anxiety of not having options only worsened as the nation began to shut-down in response to the rising cases of COVID-19 in the U.S. While friends and family were losing jobs or being furloughed, I was very concerned about my employment prospects post-graduation. As if that was not enough to deal with, the horrendous acts of violence and the murders of George Floyd, Breonna Taylor, Ahmaud Arbery, Jacob Blake, and the many others, made my struggles seem trivial as I processed what was going on in the world. However, the one consistent outlet I had to de-stress became the frequent virtual hangouts I had with my chapter brothers.

What began as a frequent end-of-work-day virtual happy hour among a specific group of us eventually turned into random, sporadic virtual catch up sessions with alumni from the early 2000s to some of our most recent graduates. The nostalgia of discussing current issues among these men allowed me to reflect on how we each have grown since college, and it was helpful to connect with them and genuinely check in with each other as we all settled into this “new normal.” From switching jobs, becoming new parents, and figuring out how to resist racism and anti-Blackness in the workplace—these virtual hangouts have become a safe space for us to unpack the frustrations we experience as we reckon with the racial realities of the country and how it manifests in our interpersonal and professional relationships.  The fraternity provided this life-long bond I have with my chapter and I continue to grow and benefit from the brotherhood.

I believe that the critique of Greek letter organizations on college campuses are valid and necessary for these organizations to live up to the mission and goals that they were founded upon. I do not think it is fair to loop multicultural organizations with the traditionally and historically White fraternal organizations, as the problems among the types of organizations differ majorly. However, it also allows for the multicultural organizations to step-up and lead by example despite the disproportionate amount of resources they have to work with. I continue to support my fraternity because I want future students like me to have the option to join a brotherhood that would provide them a lifetime of friendship and opportunities to uplift the Latinx community. I do not think the organization will ever be perfect, but a fraction of what it has given me so far is enough to continue to earn my support. As efforts to end the existence of these organizations persist, it is my hope that current members live up to the values of their organizations, choose to participate in ways that they can, so that the good work can continue and inspire other college students to find the camaraderie within the organizations that I found to be instrumental to my success in college and career.

Dr. Andrew Martinez is a research associate and visiting scholar for the Center for Minority Serving Institutions at Rutgers University-New Brunswick. You can follow him on Twitter @Drewtle.