HONOLULU — A state Senate panel said Monday that the University of Hawaii could have avoided losing $200,000 in its failed attempt to hold an athletic department fundraiser if officials had performed due diligence on a company claiming to be Stevie Wonder’s booking agent.

No one at the university looked into whether Epic Talent LLC was an authorized representative of the singer, the Senate Special Committee on Accountability said in its report on the so-called “Wonder Blunder.”

The bungled concert and its aftermath have tarnished the university’s reputation nationally and within the state, the report said.

The school hasn’t been able to recover $200,000 it wired to Epic as a deposit after it began selling tickets in advance for the concert, which was scheduled for August. The university called off the event July 10, shortly after the singer’s actual agents at Creative Artists Agency contacted them saying Epic had no authority to set up events for Wonder.

A North Carolina man is scheduled to be arraigned in federal court in Honolulu on Nov. 30 to face charges he scammed the university.

A lack of oversight and communication among officials in the school’s athletic department, general counsel and disbursing office contributed to the problem, the report found.

“The university staff that was involved with the concert all seemed to believe that it was someone else’s responsibility to conduct due diligence and to make sure the university was protected,” the report said.

Athletic Director Jim Donavan approved the concert but failed to provide other oversight. He left Stan Sheriff Center Manager Rich Sheriff to handle the concert, but Sheriff told the committee he was “merely the communicator” between the university and Bob Peyton, the Hawaii-based promoter who was working with Epic.

Sheriff “left everything else up to his supervisors,” while Sheriff’s direct supervisors “did not provide any oversight,” the report said.

The committee made 18 recommendations in its report. The first suggests that the Legislature audit the university’s finances and management.

Many recommendations involved the university’s board of regents.

The lawmakers suggested the Legislature consider legislation to change the way board members are selected. They urged the board to clarify its roles and responsibilities, as well as those for the UH president and campus chancellors.

The report noted the university spent at least $1.1 million responding to the debacle. A large chunk went to attorneys, accountants and public relations consultants. On that issue, lawmakers suggested legislative committees overseeing procurement examine whether the university improperly hired these services.

About half of the money is going toward a new three-year contract worth about $600,000 altogether for Donovan, whom President M.R.C. Greenwood had removed as athletic director after the fiasco.

The university gave Donovan a new position in the Manoa chancellor’s office at about $200,000 a year after he threatened to sue if he wasn’t reinstated as athletic director.

The committee said the university should “re-examine its practice of providing lucrative buyouts for the termination of executive employment contracts.”

UH has paid more than $2.5 million buying out the contracts of former executives and coaches in the past 12 years, the committee noted. The total includes $1 million paid to former President Evan Dobelle, who left in 2004, and $600,000 to former football coach Greg McMackin, who was ousted last year.

“The university’s practice of buying out contracts appears to reward individuals for inadequate performance,” the report said. 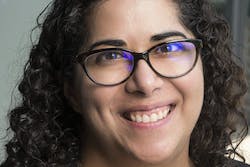