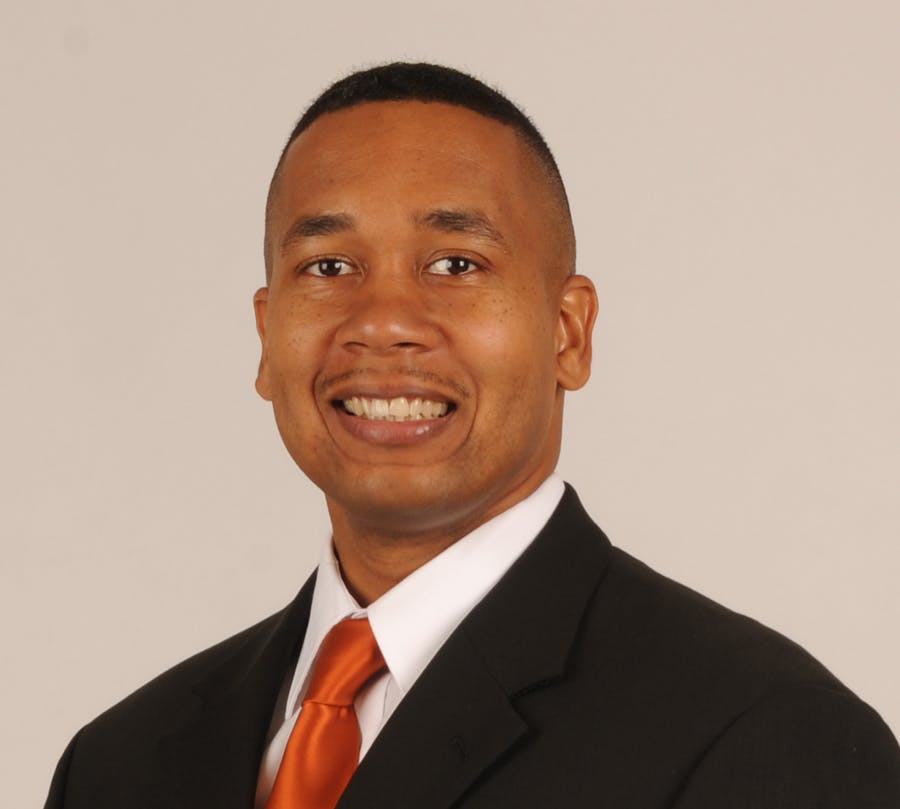 With the addition of Dr. Juan E. Gilbert and colleagues, the University of Florida’s computer science department now has 10 faculty members. Gilbert will hold one of five endowed positions created by UF’s president.

Dr. Juan E. Gilbert has raked in millions of research dollars and attracted top-tier minority faculty to the university’s School of Computing during his five years at Clemson University.

But now, Gilbert—a pioneer in the field of Human-Centered Computing—is leaving his post at the South Carolina public institution to become the Andrew Banks Family Preeminence Endowed Chair and the Associate Chair of Research Computer & Information Science & Engineering Department at the University of Florida.

And, he’s taking four of the school’s six Black computer science faculty members with him.

“I’m delighted, and the timing was right,” says Gilbert, 45, who had applied to become director of Clemson’s School of Computing that had been vacant for more than a year but adds that he experienced significant pushback from several colleagues on the search committee who didn’t want him to have the top job.

But before Gilbert could even interview for the position, UF had preempted the application process by flying him and several colleagues to Gainesville and offering them all jobs back in March.

“They gave me everything I asked for,” says Gilbert, who chaired the Human-Centered Computing division at Clemson. “And they let my faculty come.”

Dr. Cammy R. Abernathy, dean of UF’s College of Engineering, says that she was able to go on a hiring spree thanks to The UF Preeminence Plan. The $15 million state-funded initiative was created to help the university recruit superstar talent in life sciences, massive data, cybersecurity, Latin American development and other fields.

By investing in top-notch scholars, UF officials say they will advance the university’s standing as a national leader and will be recognized among the 10 best public universities in the nation.

The computer science department now has 10 faculty members, which includes the five new hires from Clemson. Gilbert will hold one of five endowed positions created by UF’s president.

“We are excited about the work they do,” says Abernathy of the Clemson hires. In recent weeks, additional job offers have also been made to eight other faculty members from across the country.

“I spend most of every day trying to recruit,” says Abernathy, adding that minority recruitment has been a central part of her efforts. “The research productivity will be a magnet for students of many different ethnicities and is an added bonus to our strategic goal of diversifying the workplace.”

Within the academic community, the exit of Gilbert and his colleagues from Clemson is being viewed as a major coup for UF, which has now positioned itself to become a heavyweight in the field. For years, Clemson was widely recognized as the only research 1 university with so many Blacks on its computer science faculty, but that is about to change.

“There’s no question that this is a major loss for us,” says a senior-level administrator at Clemson who lamented that it has become increasingly difficult to recruit minority faculty in the sciences. “I don’t know that we will ever be able to recover from this mass exodus. The numbers are simply not there.”

Dr. Damon Woodard who has been at Clemson since 2006 is among the group of faculty members who is heading to UF in the fall as a tenured associate professor.

“The main contributing factor for me was the opportunity to have a large number of potential collaborators,” says Woodard, whose research focuses on identity science, biometrics and facial recognition. “This is an opportunity for me to expand my research program and take it to the next level.”

Added Gilbert: “This is a significant move up,” he says, adding that UF’s computer science program is nationally ranked much higher than Clemson’s. “This will only help to raise our profile. We couldn’t walk away from this.”