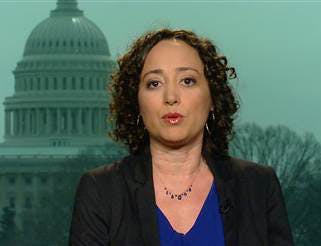 Catherine Lhamon, Education Department assistant secretary for civil rights, said her office is aware that some schools are doing things such as retaliating against students for filing complaints and allowing perpetrators to remain in school.WASHINGTON ― Some colleges and universities are still failing students by inadequately responding to campus sexual assault, a senior Education Department official testified Thursday.

“For those schools, my office and this administration have made it clear that the time for delay is over,” Catherine Lhamon, the department’s assistant secretary for civil rights, told the Senate committee on Health, Education, Labor and Pensions.

Lhamon said that, since the beginning of President Barack Obama’s term in 2009, her office has investigated more than 100 such cases. Through them, she said, the office is aware that some schools are doing things such as retaliating against students for filing complaints and allowing perpetrators to remain in school.

However, Lhamon said, many colleges and universities are “stepping up to the challenge of addressing the problem of sexual assault.”

At the hearing, Sen. Lamar Alexander, R-Tenn., said federal officials should be mindful of the federal limits in these cases because federal oversight should be “helpful and not burdensome.”

“Whatever we do here, I think we need to make sure that we don’t suggest to anybody that we in Washington should be primarily responsible for making the campuses safe,” said Alexander, who served as education secretary under President George H.W. Bush.

Alexander also questioned Lhamon about where her office had been given the authority under which it issued guidance to colleges and universities about how to handle such cases. She said she was given such authority by way of her appointment.

The Education Department has sought to use its available regulatory powers to push colleges and universities to better handle sexual assault cases.

It announced a proposed rule last week that would expand campus crime reporting requirements by requiring colleges and universities to compile statistics on stalking, dating violence and domestic violence. It also would spell out that both the victim and the accused perpetrator have the right to an adviser of their choice at campus disciplinary proceedings in these cases.

Earlier this year, a White House task force on sexual assault recommended actions that colleges and universities should take, including ensuring the availability of confidential victims’ advocates and conducting surveys to better gauge the frequency of sexual assault on their campuses. The department also took the unprecedented step of releasing the names of 55 schools facing federal investigation under Title IX for the way they handle sexual abuse allegations.

Molly Corbett Broad, president of the American Council on Education, which represents college presidents, said in a letter to the committee chairmen that colleges and universities are “undertaking significant efforts to enhance their educational programs to prevent sexual assaults and to ensure a prompt, supportive and equitable response when they do occur.”

Broad said investigating and adjudicating such cases is a “difficult challenge.”

She encouraged the department’s Office of Civil Rights to wrap up cases against colleges and universities in a more timely manner, instead of sometimes taking years, and to provide a more fair and transparent process.

And, she said, the recent publicizing by the department of colleges and universities under investigation may have the unintended consequence of publicizing incomplete or inaccurate information.