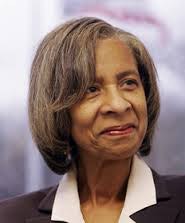 Wilberforce University is preparing to name a permanent replacement for Patricia Hardaway, who stepped down as president last year.

With a decision on its accreditation just three months away, the Wilberforce University board of trustees is still searching for a president.

Joyce Blackwell has been at Bennett College since 2012. According to her vita, her accomplishments there include gaining a $450,000 grant from the Andrew Mellon Foundation to develop a leadership institute, and assisting with the development of new majors in entrepreneurship, global studies and Africana women’s studies. She also established a program that increased the school’s freshman retention rate from 56 to 84 percent. Blackwell has a Ph.D. from in women’s and peace studies from the University of North Carolina at Chapel Hill.

Algeania Warren Freeman presently heads The Freeman Group, Inc., which provides fundraising, grant writing and contract project management services. According to her vita, she was an acting CEO for Saint Paul’s College in Lawrenceburg, Virginia. The school closed in June 2013 years of financial problems. Warren Freeman was president of Martin University from 2008 to 2010. According to her vita, she increased enrollment by 50 percent and took the school from a $1.8 million deficit to a $900,000 surplus. She has a Ph.D. in speech communications from The Ohio State University.

Sources say Wilberforce trustees will make an offer this week. But Mark Wilson, chair for the university’s board of trustees, says school officials are being very careful about the process.

“We are involved in national search and we take very seriously the responsibility that we to get this next choice right,” said Wilson, who is the CEO of eVerifile, an Atlanta-based employee background and screening company. The company conducts backgrounds checks and vets permanent and contract hires.

The school’s new president will replace Patricia Hardaway, who retired suddenly last September, and left the job in December. Wilma Mishoe, a Wilberforce alum, is interim president when the school searches for a permanent leader.

Whoever fills the post has a daunting task because the school’s accreditation is on the line.

In June, Wilberforce received a show cause order from The Higher Learning Commission, the regional accrediting agency for 19 Midwestern and Southwestern states. The ruling said the school’s financial and administrative difficulties have endangered viability, and its ability to fulfill its mission. In order to remain accredited, the school must present a turnaround plan to the commission by Dec. 15 and host an on-site visit in February 2015.

“We’re in full recognition of what the HLC has put before us, in terms of their expectation for us meet the show cause and we fully intend to meet that,” he said. “We’re doing what we need to do to meet the requirements of the show cause order.”

The school must include “evidence that the University Board has hired a president capable of moving the institution to fiscal viability,” the commission wrote last June. But the Wilberforce search has hit several snags.

In July, trustees were reportedly prepared to announce Dwayne Smith as the university’s new president. But Smith, vice president of academic affairs at Harris–Stowe University in St. Louis, declined the job.

Smith said he decided to remain at Harris-Stowe because the school received a $1.7 million grant for its STEM programs.

Smith was offered the job after another candidate, Herman Felton Jr., declined, sources said. But Smith said being the second choice didn’t influence his decision.

Two of the current candidates have had controversial tenures.

Algeania Warren Freeman retired from her job at Martin University after only three years. Employees claimed she accused them of sabotaging records and the phone and computer systems. They also complained about her personnel cuts and staff and faculty reassignments. In 2008, students protested after Warren Freeman fired a popular professor, and seven of the 16 trustees resigned during that same year.

From 2001 to 2004, Warren Freeman was the first female president of Livingstone College. But she was placed on leave in August 2004, and the school announced her resignation five months later.

In 2011, Blackwell was suddenly demoted from vice president for academic affairs at South Carolina State to history professor and her salary was cut by $50,000. In an interview with the Times and Democrat newspaper in Orangeburg, Blackwell blamed her ouster over controversy concerning the elimination of eight academic programs at the school. School trustees charged Blackwell had deleted the programs without consulting the faculty and trustees.

Blackwell was eventually replaced by Evans, the third finalist for the opening at Wilberforce.