NEW HAVEN, Conn. — Yale University says it will devote $50 million over the next five years to increasing the diversity of its faculty.

They said in a prepared statement that initiatives over the last three decades have helped to foster a more diverse and inclusive faculty but more can and should be done.

The Ivy League university has faced some criticism on the issue. A group of graduate students seeking to form a union at Yale list faculty diversity among the issues they would like to discuss in contract negotiations.

The school’s newly announced effort calls for more resources to support faculty recruitment and development as well as a university-wide teaching academy. 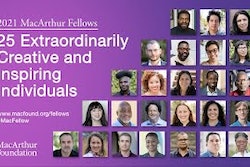 These Academics Made This Year's Class of MacArthur Fellows