Monica Levitan
Mar 4, 2019
Dr. Bill Jenkins, an advocate for racial equality and social justice who tried to stop the Tuskegee syphilis experiment that utilized Black patients as guinea pigs, died recently at the age of 73. Jenkins worked as an epidemiologist battling racism in health care. The cause was due to complications of an inflammatory disease called sarcoidosis, according to his wife Diane Louise Rowley. Jenkins’ drive for racial equality and social justice began as a high school student, when he helped register residents in segregated South Carolina to vote. As a student at Morehouse College, a historically Black institution, he worked for the Student Nonviolent Coordinating Committee and was even arrested for protesting the Whites-only policy of an Atlanta restaurant owned by Lester Maddox, who later became the governor of Georgia, according to The Washington Post. 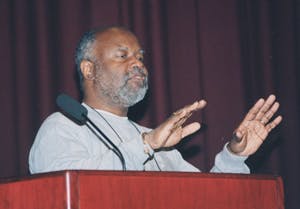 Dr. Bill Jenkins Soon after becoming one of the first African-Americans recruited to the U.S. Public Health Service Commissioned Corps in 1967, Jenkins launched an anti-discrimination newsletter, the Drum which covered what was known as the Department of Health, Education and Welfare. During this time, a physician informed Jenkins about the Tuskegee experiment, a study in which researchers allegedly treated 399 low-income Black sharecroppers and laborers for their “bad blood” – a term that referred to syphilis disease. Physicians conducted their treatment on the participants without consent, and left them untreated while studying its long-term effects, conducting painful procedures like spinal taps solely for research purposes. Many of the participants died of complications from the disease, and several survivors became blind or crippled as a result. After learning about the experiment, Jenkins addressed his concerns about the study in an article for the Drum and also to his adviser, who told him, “Don’t worry about it.” Jenkins’ experience with the Tuskegee study was transformative for his career. After realizing he needed better training, he enrolled in graduate school and joined the Centers for Disease Control and Prevention as an epidemiologist, recording cases of syphilis found throughout the country. Jenkins was also a member of the Tuskegee Syphilis Study Legacy Committee, a group of historians, bioethicists and health professionals. In 1996, the committee submitted a report to President Bill Clinton urging him to apologize for the study on behalf of the committee. Clinton delivered a formal apology in May 1997 in front of a White House audience that included five of the eight surviving participants in addition to families of those who passed away. Jenkins earned a bachelor’s degree from Morehouse College, a master’s degree from Georgetown University and a master’s and doctorate degrees from the University of North Carolina.
Read Next