Report Untangles the Relationships Between School Selectivity, Major, and Money

Higher education is often promoted as a path to higher earnings. It’s considered to be a critical way of narrowing the racial wealth gap. But not all paths through college lead to the same financial rewards. A new report by the Center of Law, Business, and Economics (CLBE) at Northwestern University’s Pritzker School of Law examined the factors that can lead to radically different economic outcomes for college graduates—and came to some surprising conclusions.

The report used data from resumes and the National Science Foundation’s National Survey of College Graduates to probe at the relationships between the selectivity of the school that a student attends, the major that they select, and their future earnings. Although some of what they found was expected (students who attend more selective institutions tend to make more money, STEM jobs often pay more than others), some of what they found had unexpected implications for students trying to make difficult choices.

The most popular college major in America is business administration. Often thought to lead to well-paying jobs, it attracts particularly high percentages of minority students. However, the report suggests that, at least at non-selective schools such as community colleges, business is not as profitable as it may seem. Business majors at non-selective schools earned less money on average than their classmates who focused on other subjects.

“It just came out looking awful,” said Deborah M. Weiss, director of the Workforce Science Project at the CLBE and one of the report’s authors. The earnings for business majors at more highly-selective schools were closer to average.

For students at non-selective schools looking for a more lucrative career, the report points to a different path.

“Nursing is an unbelievable major,” said Weiss. “If you’re cut out for it, it’s far and away the best-paid, least-risky major for people who are going to community college.” The research found that nursing majors from non-selective schools were making almost as much as those from highly-selective schools.

According to Weiss, this may have to do with the way the nursing field is structured.

“It’s an apprentice-like system,” she said. “If you can get a job at a pretty good hospital system, they will usually pay for continuing education. They’re not really looking at where you got your associate’s degree. If you’re a good worker and you’re doing a good job and you continue your education, you will progress upward.”

It’s uncertain whether the reasons for this relate more to the schools or to the employers.

“It would be nice if [the result] would prompt some reflection on the part of community colleges as to how they’re teaching,” said Weiss. [But] I wonder if firms are over-emphasizing elite credentials in computer science.”

Weiss and her co-authors found three key elements of majors that were associated with earnings. The first was how occupation-specific the major was, measured by how often its graduates are hired for a particular small set of jobs. Accounting, for example, is a very occupation-specific major. The more occupation-specific a major was, the higher the earnings tended to be. This may explain why business majors didn’t earn as much as expected—business degrees don’t funnel to a very specific group of jobs.

However, the importance of occupation-specificity appeared to diminish for graduates of more selective schools, suggesting that a degree from a selective school may be somewhat interchangeable with proof of more specific vocational skills.

Overall, the report showed that the relationships between school selectivity, choice of major, and earnings are complex and that there are no universal answers. Whether selectivity or major is more important to future earnings depends on the specifics. But Weiss hopes that what she and her co-authors found can be helpful to students facing difficult choices.

“Hopefully what it can do is focus your thinking a little bit and tell you what the trade-offs are,” she said. “[But] you’re still going to have to make the trade-offs yourself.” 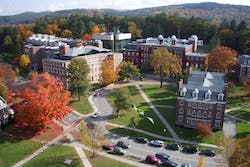