Dramatic changes are coming to the education program at Michigan State University (MSU), a response both to student needs and a nationwide teacher shortage. The program’s hallmark feature for roughly thirty years, a fifth year centered on student teaching, will be cut, with classroom practice becoming the focus of a reorganized fourth year.

The changes come in response to student concerns about the costs associated with the fifth year, which many found especially burdensome given the typically low salaries of teachers. In 2021, students sent a letter to the provost expressing their qualms about the financial and mental burdens. According to Dr. Kyle Greenwalt, associate director of teacher preparation at MSU’s College of Education, the fifth year had become a roadblock.

“We have increasingly lost good teacher candidates from that internship year,” he said. “They don't come back to complete student teaching.”

According to MSU, the change will save students $16,700 in tuition costs, plus thousands more in travel and living expenses. The change will take effect for students entering in fall 2023, although current first and second-year students are also eligible to transition to the new model.

The move is also a reaction to the nationwide teacher shortage. According to MSU’s Education Policy Innovation Collaborative, in 2021, more Michigan teachers exited the profession than entered, and new teachers were less likely to renew their certificates.

“Our K-12 partners are telling us, ‘You can’t keep them for five years,’” said Greenwalt. “They need our teacher candidates as quickly as possible.”

In line with the nationwide shortage, participants in the program have shrunk by two-thirds in the past fifteen years, according to Greenwalt. This year, the program expects to graduate roughly 200 teachers. In response, the College of Education is making admission to the program simpler and easier. What was previously an arduous process involving test scores and GPAs is now a simple declaration.

“We have enough seats for anyone who wants to be a teacher,” said Greenwalt. “We don’t need that barrier.”

The fifth year of student teaching has long been what distinguished the MSU program from others. But in conversations with local K-12 schools, MSU found that the value was not in the length of the program, but in the extensive student teaching, according to Dr. Tonya Bartell, associate director of elementary programs at MSU’s College of Education. The year of student teaching will now occur in the fourth and final year of the program. Although the total classroom hours will decrease, they will remain far above the state minimum.

The program will cut the seminars that were part of the fifth year, designed to help students reflect on their student teaching experiences.

“I think it’s OK that we’re losing them,” said Greenwalt. “Our school partners never liked us pulling them out of the schools for one day a week because they felt the student teachers were missing what it’s like to be a teacher on a Friday in a high school when there’s a pep assembly and all the students are excited.”

Other classes that are part of the education program will now fulfill general education requirements so that students can more easily fit them into their academic schedules. However, the compression of the program is sure to make it more challenging.

“We have to expect more of candidates earlier in the program,” said Greenwalt. “That growth curve has got to happen a little bit more quickly.”

However, Greenwalt argued that the removal of the pressures that came with the fifth year will allow students focus more fully on student teaching. He suggested that fewer students in the new program will be forced to take jobs in addition to their schoolwork.

“I think that Michigan State is making a very wise move,” he said. “Any way that we can work to get more teachers into the pipeline earlier is a good thing. The fact that they’re able to keep their year-long residency is incredibly important.”

Although the program will be more compressed, MSU is endeavoring to avoid compromising the education. The program’s exit standards will remain the same.

“[We’re] not reducing in any way the quality of the experiences that we’re providing,” said Bartell. “I don’t think that our students are going to be any less prepared to be teachers.”

“It was an easy decision to make in terms of supporting our own ideals of justice and equity and supporting our students. With a four-year program, we’re more accessible,” she said.

Making the program more accessible by making it shorter may be a necessary adjustment to changes in America’s economic and educational landscapes.

“Ideally, you would love to have more time to train teachers,” said Mitchell, “but reality is what it is.” 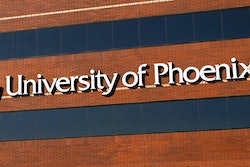