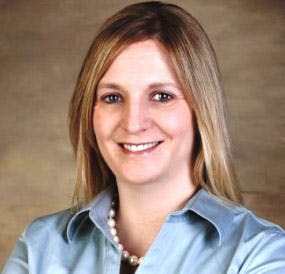 Rebecca Lucore is the Executive Director of the Bayer USA Foundation.

But that is changing.

Certainly, Dr. Jill Biden has helped raise the national profile of community colleges. In her role as adjunct professor of English at Northern Virginia Community College and as the lead organizer of a 2010 White House summit on community colleges, she has worked to shine a light on how these institutions play a vital and unique role in the life of local communities across the U.S.

Now comes a new report from the National Academy of Sciences that continues the focus. “Community Colleges in the Evolving STEM Education Landscape: Summary of a Summit” is a recap of a one-day summit convened recently by the National Research Council, the Carnegie Academy for Science Education, a part of the Carnegie Institution for Science, and the National Science Foundation.

According to the report, some 1,200 community colleges in the U.S. enroll more than 8 million students annually, including 43 percent of all undergraduates. Community colleges are particularly important in the academic life of minority students.

In fact, minorities who are underrepresented in STEM fields, but who represent the country’s STEM future, are disproportionately enrolled in them. Fifty-two percent of Hispanic, 44 percent of African-American, 55 percent of American Indians and 45 percent of Asian-Pacific Islander students attend community colleges.

In addition to providing general education, many community college courses develop the kind of essential technical skills upon which economic development and innovation are based. Indeed, a range of STEM industries from biotechnology and defense to computer science and environmental protection rely on those who have attended a two-year college or technical/vocational school.

Roughly half of the aerospace industry’s workforce is made up of technical workers who hold two-year degrees. They’re the people who work in installation, maintenance, repair and production, without whom the industry, which includes brand-name American companies such as Raytheon, Lockheed Martin and Boeing, could not survive.

With the “graying” of this workforce and as manufacturing continues to add jobs to the economy, there are real opportunities here, yet the industry is having difficulty attracting workers. The problem? Vocational aerospace education and training programs have experienced declining enrollments over the past decade or more.

At Bayer, we have similar issues finding skilled technical workers. So we have taken matters into our own hands by creating partnerships with local community colleges to develop, for example, chemical operators, instrument and electrical technicians, and maintenance and process technicians, among others.

Nearly 20 years ago, Bayer HealthCare in Berkeley, Calif., created a workforce development program with the city that began by targeting underrepresented high school students at risk of dropping out and preparing them for technical jobs in the biosciences. Today, the program has grown to offer these students not only good paying jobs with real opportunities for career advancement, but also a shot at continuing education through a partnership with the Peralta Community College District.

Then there’s Bayer MaterialScience’s Baytown, Texas, facility where we can’t find enough skilled workers to meet the demands of a plant that manufactures high-tech plastics, polyurethanes and coatings materials.

In the last year, we’ve hired 40 new operators and we’re looking for more, but the applicant pool has dwindled drastically. Two decades ago, we’d receive about 2,000 applications for between 20 and 30 job openings. Today, that number has plummeted to about 250 applications for the same number of openings. That’s an 87-percent reduction.

So, we’ve turned to three local community colleges—Lee, Alvin and San Jacinto—to create a summer internship program for students studying process technology. The objective is to attract and develop talented people interested in learning the skills required to operate a STEM-based manufacturing facility—Bayer MaterialScience’s largest in the country.

These partnerships are an integral part of Bayer’s workforce development strategy.

But the truth is, you don’t need a bachelor’s, master’s or doctorate to work in STEM.

A significant number of these jobs are solid, high-paying and highly-respected positions that require a two-year degree. That’s a story we in the STEM industries need to keep telling. It’s a challenge, but it’s also our responsibility.

Rebecca Lucore is the Executive Director of the Bayer USA Foundation.