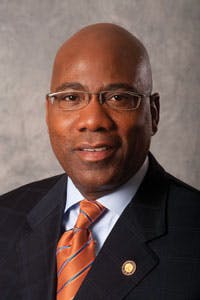 Dr. David Wilson is the president of Morgan State University.

When Maryland voters go to the polls Tuesday, they will be determining the fate of a referendum issue that could have widespread implications across the nation, despite directly impacting the higher education plans of only several hundred students in the state.

On Question 4, Maryland voters will decide whether to approve or reject the state legislature’s adoption in 2010 of the Maryland Dream Act, a proposed law allowing some undocumented immigrants who have been in the state for years the right to pay in-state tuition rather than higher out-of-state fees.

The law, narrowly passed by the state legislature on the final day of its 2010 session, made Maryland the 12th state in the nation to approve some variation of a DREAM Act law. While opponents in most states have let the legislation alone after passage, legislative opponents of the Maryland Dream Act seized the issue soon after their session and easily collected the more than 100,000 signatures needed to put the legislative act to popular vote.

Thus, the Maryland law is on hold pending next week’s vote, despite widespread support in the state’s higher education community, traditional civil rights and labor communities.

Should the law pass, its supporters, including many state higher education leaders, say the measure will go a long way toward making higher education accessible to high school and college-age young people who are in the state and country illegally through no fault of their own.

Many of the children covered by the Maryland DREAM Act were brought to the United States at a young age by parents or guardians who entered illegally, not knowing their children would later face legal hurdles to an education because they are illegal.

Voter rejection of Question 4 could fuel more anti-immigration fires in Maryland and feed roll-back efforts in states where the issue is pending and is considered resolved, supporters say.

“It’s hard for me to understand what opposition there could be to it,” said Dr. William E. Kirwan, chancellor of the University System of Maryland, parent of most of the state’s public higher education institutions. Kirwan testified before the state legislature in favor of the law when it was being considered by lawmakers. He has since written columns of support for the measure.

The campaign to keep the law on the books is also supported by Morgan State University, one of few state institutions independent of the University System.

“It just makes good sense for our citizens,” said Morgan State President Dr. David Wilson. He noted “Morgan has been voted among the best universities in the country for Hispanic students by a leading Hispanic publication, and one of the main reasons is that we provide a welcoming environment for our students. We work very hard to make a quality education affordable to everyone, and so we have long been supportive of the DREAM Act.”

In addition to support from the wide spectrum of higher education leaders, Question 4 is championed by key civil rights, religious and labor groups. The Service Employees International Union (SEIU), has been a principal financial backer of the broad-based campaign in support of the law being retained.

Mark McLaurin, political director of the Maryland SEIC, said there is no disagreement between supporters and opponents of Question 4 that the larger issue of national immigration policy needs to be addressed.

“But the question is what do we do with these kids in the interim who are graduating,” McLaurin said, referring to the college-bound high school students finishing high schools today, and absent the Maryland Dream Act or similar legislation, have no certainty about their education beyond high school.

Contrary to popular thought, acceptance of the Maryland DREAM Act will not flood the admissions gates of institutions or cost higher education institutions wads of money, said Kirwan, echoing others supporting the law.

A study by the Maryland Institute for Policy Analysis and Research at the University of Maryland, Baltimore County found slightly more than 400 students a year state-wide would be covered by the act which has stiff requirements.

The Maryland law has a shopping list of requirements that must be met to qualify for the tuition break, hurdles that are some of the toughest in the nation.

Before a DREAM Act student can apply to a four-year state school, he or she must have earned 60 credit hours or graduated from a state community college. To be eligible, the applicant or his or her family must prove they have been a state tax payer for at least three years, and if accepted, must continue to pay taxes while in college.

The Maryland law also requires the DREAM Act applicant to be considered an out-of-state applicant.

Victory for the DREAM Act supporters is not assured, despite the range of supporters and campaigns supporting the law and the findings in recent months of numerous public opinion polls.

Opponents, active and vocal, have been informally working to drum up enough voter concern about the law to garner enough votes to repeal it. They have formed no formal ballot committee, making it hard to determine how well-financed and planned the opposition effort is, noted McLaurin.

Efforts to reach a prime opponent of the law, state delegate Pat McDonough of the Baltimore area, were unsuccessful.

Still, the referendum issue is expected to draw additional attention on election day by virtue of its being among several more high-profile and hotly debated state ballot issues. Voters are also being asked to accept or reject the legislature’s passage of a same sex marriage law, and separately, whether to approve a new state law expanding casino gambling in the state.