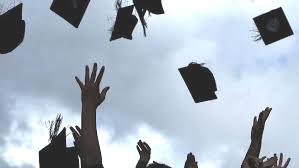 People who major in the humanities and social sciences don’t earn as much as their classmates in the physical and natural sciences, math or engineering, but the gap is not as wide as has been portrayed.

That’s the message of a new report from the Association of American Colleges and Universities, which represents liberal arts colleges and universities and just wrapped up its annual conference last weekend in Washington, D.C.

The report, which was also produced by the National Center for Higher Education Management Systems, refutes what it calls “assaults” on the humanities and social sciences, using Census Bureau data to show that the income gap between humanities and social-science graduates and others narrows over their careers.

Still, humanities and social science majors persist at making less over the course of their lives than engineers and people with degrees in the physical and natural sciences and math.

The unemployment rate for humanities and social science grads is also higher at every age than that of their counterparts in other fields, albeit only four-tenths of a percentage point higher for those in their 40s.

And the report says there is an oversupply of humanities graduates with degrees in foreign languages and linguistics, the visual and performing arts, theology, and biological sciences.

The humanities have been fending off attacks from everyone from policymakers to comedians.

Only 8 percent of students now major in humanities disciplines, according to the American Academy of Arts and Sciences, down from a peak of more than 17 percent in 1967. Fewer of last year’s freshmen said they went to college “to learn about things that interest me” than to get a better job, UCLA’s Higher Education Research Institute reports. And governors in Florida, Wisconsin and North Carolina have questioned whether taxpayers should continue to underwrite humanities departments, while some businesses will no longer pay their employees’ tuition for programs that do not provide specific vocational skills.

About 40 percent of the nation’s 9.6 million humanities bachelor’s degree holders go on to get graduate or professional degrees, increasing their median annual incomes by $19,550—still a smaller premium than is earned by anyone else with graduate degrees, except professionals and pre-professionals—the AAC&U report says.

While 40 percent of humanities and social sciences graduates work in areas outside their fields of study, they also have disproportionally significant roles in social services professions such as social work and counseling.