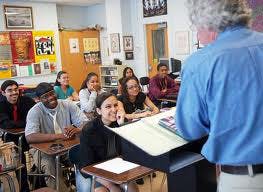 WASHINGTON ― Higher education leaders in 33 states on Tuesday announced the formation of a coalition in support of Common Core education standards rolling out in most states.

The more than 200 college presidents and state higher education leaders say the K-12 standards represent a significant improvement over most states’ standards. They say they are needed to tackle the high rate of students needing remedial help in college, and that the higher education community has a “clear and compelling” stake in the debate.

“These standards are good for our students, our states and our country,” said Nancy Zimpher, chancellor of the State University of New York. “We must have students that are college- and career-ready in order for the United States to continue to compete and win in the 21st century global economy.”

Zimpher, in a statement, said the formation of the coalition is a call to action and she urges all colleagues in higher education to “stand up and make their voices heard on Common Core.”

The coalition said that about half of all students going to two-year colleges and 20 percent going to a four-year institution need remedial help. Only a small number of these students later graduate.

John Morgan, chancellor of the Tennessee Board of Regents, says higher education leaders have been working to address this, but “we believe Common Core standards, with their focus on critical thinking and problem solving, can help improve student success.”

The standards spell out what math and English skills students should master at each grade. They were adopted on a state-by-state basis but have faced pushback. Governors in Indiana, South Carolina and Oklahoma have signed legislation to repeal them.

The federal government has offered incentives to states to adopt career and college ready standards such as Common Core. That has led to accusations of federal intrusion. There have also been complaints that the standards are untested and that they have not been properly implemented.